Will the Queen’s death change Meghan and Harry’s new chapter? 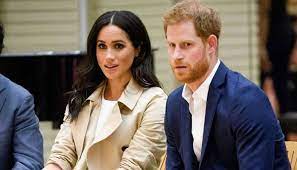 On Thursday, the website Prince Harry and his wife Meghan created as a platform for their new business ventures in California went dark. The links to Meghan’s new podcast disappeared and so did the references to the couple’s philanthropic efforts and their production deal. Instead, the homepage featured a tribute to Queen Elizabeth II.

To veil a website in digital mourning was a decision in line with royal protocols, but also with public sentiment, even in the seaside towns of southern California, where the Duke and Duchess of Sussex have lived since stepping back from their official roles in the Windsor family hierarchy.

At Ye Old King’s Head, an English pub and gift shop close to the beach in Santa Monica, the news of queen’s death on Thursday had made the shop a meeting place for both British expatriates and sentimental Americans, said Dusty Kerr, a 65-year-old from Leeds, who has worked at the shop for 23 years. “She’s well missed,” she said.

The couple live in the celebrity enclave of Montecito, in a mansion reportedly purchased for $14.65m and have started Archewell, a combination of nonprofit and for-profit ventures that aims to “unleash the power of compassion to drive systemic cultural change”.

In a move that echoes the post-White House ambitions of Barack and Michelle Obama, the pair signed a reported $100m, multi-year deal with Netflix to produce TV shows, films and children’s programs. Meghan launched a Spotify podcast Archetypes, featuring interviews with American celebrity royalty such as Serena Williams, Mariah Carey and Mindy Kaling.

The duo is engaged in several humanitarian organizations, including Harry’s Invictus games, and frequently speak out on public issues. In November 2021, the New York Times announced the couple was “getting into finance” and trying to make “sustainable investing mainstream”; Meghan called Republican senators on their personal cell phones to advocate for paid family leave, and was criticized for introducing herself as the “Duchess of Sussex”, and Harry, who had served alongside actual academic experts on an Aspen Institute Commission on Information Disorder, said that he had emailed Twitter’s then-CEO Jack Dorsey on 5 January 2021 and “warned” him “that his platform was allowing a coup to be staged”. The couple’s Archewell website encourages readers to share their own personal stories and warns them to be “mindful of screen time” and not spend too much time online, a reference to their engagement with the Silicon Valley “Time Well Spent” movement led by the Center for Humane Technology.

Experts fear Prince Charles may decide to remove Archie and Lilibet from HRH title usage because of his desire to run a ‘slimmed down’ monarchy.

This would come to play if Prince Charles decides to change the Letters Patent law that was set up by King George V, back in 1917.

The patent in question currently allows all sons and daughters of the sovereign, as well as male grandchildren, to retain royal titles, however, only the eldest son of the Prince of Wales was awarded the option before Queen Elizabeth’s reign.

After taking up the crown, she extended the Letters Patent to include all children of the UK Royal Family and allowed them all to retain HRH titles.

This warning comes in light of Prince Charles’ former comments about wanting a ‘slimmed down’ monarchy once he assumes the throne of Britain.

However, fans also suspect the fractured relationship between Prince Harry and Meghan Markle may end up contributing to the King’s potential decision in the long run.

This warning comes almost a year after Prince Harry and Meghan Markle made their first explosive admission to a US TV host, Oprah, about comments being made about Archie’s skin colour before he was even born.

Although she claimed she’d never reveal the name of the royal in question, speculations circled either King Charles or Queen Consort Camilla.

For those unversed, while Meghan Markle chose to stay in London while Prince Harry visited Scotland to be with his family, she is expected to attend the Queen’s funeral which is salted 10 days from the day of her death and will follow a nationwide mourning.

US rapper Snoop Dogg shared a funny video to pay tribute to Queen Elizabeth who died at the age of 96.

The rapper is seen joking about how Prince Harry told his grandmother that he loves Snoop’s music.

Tye rapper shared the video with caption “RIP to the Queen”.

Queen Elizabeth II, the longest-serving monarch in British history and an icon instantly recognisable to billions of people around the world, died on Thursday. 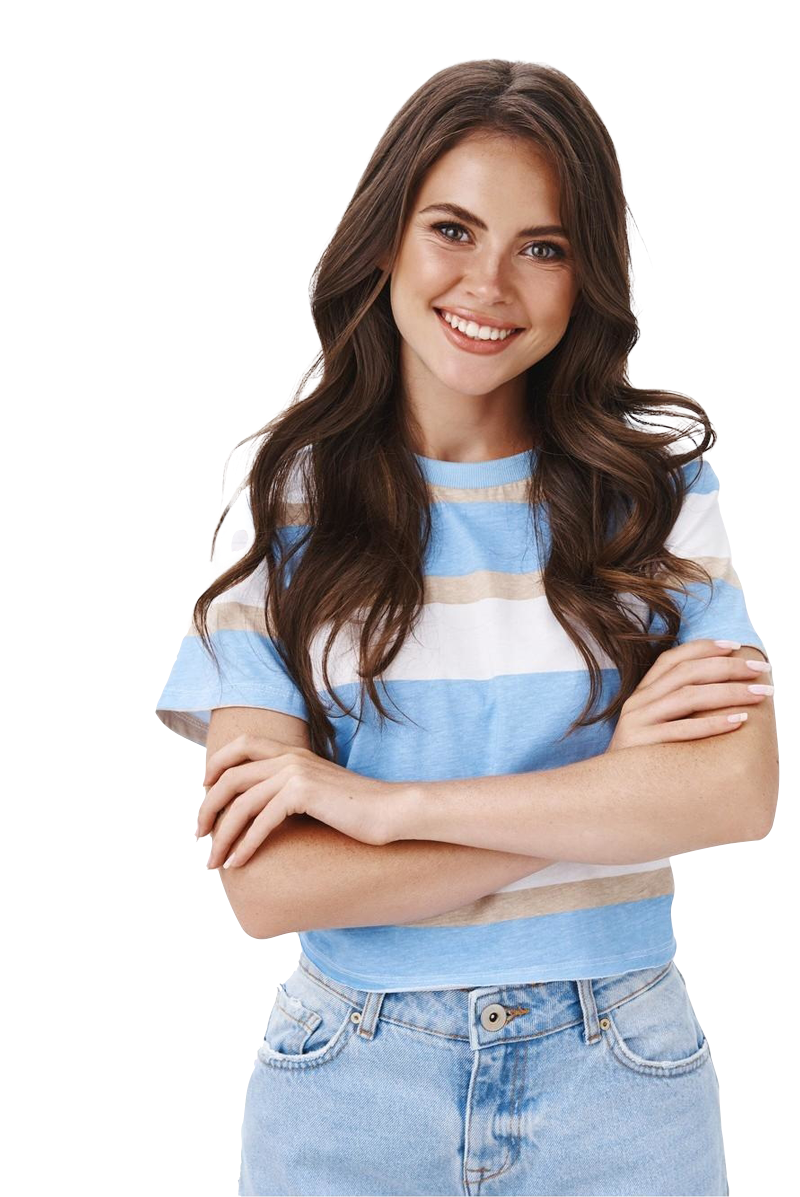 We often think of our Christmas season as a time when we reward ourselves with gifts and spend the rest of the year trying to repay those gifts. And while this is true, it’s important to remember that Christmas doesn’t have to be all about purchasing presents — you can always treat yourself by spending time with your family and friends. That is why you might want to get Car Title Loans to pay for your Christmas party this year.

If you are out of cash, there are ways that you can still have a great time without breaking the bank. You can enjoy an amazing holiday party without needing expensive gift-giving or extravagant decorations. The following tips will help you have a night of fun at an affordable price:

– Set a budget. That is important because you may end up spending much more than you planned if you spend on things that aren’t necessary.

– Think about the food. It is the most expensive part of a party, and you must plan accordingly. Then, you can make sure you stay within your budget.

– Find a good venue. If you go to a location that is too nice or expensive, it will be difficult for you to stick to your budget when purchasing gifts and decorations. You want an area that is easy on the pocketbook while still suitable for hosting your Christmas party.

– Consider theme parties. You will find many affordable and fun themes, such as a beach party or even an island-themed Christmas party. Theme parties won’t put you in the poor house.

Car Title Loans For All Your Christmas Plans

Christmas is one of the happiest times of the year, but it is expensive. Because of this, many people often go into debt during this time and may have to borrow money to pay for all the presents. They even spend more than they planned on decorations and food. Car Title Loans in Vancouver, BC, can help you with your Christmas expenses, allowing you to spend more money on your family without breaking the bank. Title loans can also help you pay back your other debts so that you don’t have to worry about them while you enjoy the holidays.

1. You can go from borrowing to paying them back directly.

If you are in a situation where you need to borrow money to help pay off another debt and you don’t have the cash, title loans can be the answer. In a typical loan scenario, you must make monthly payments and pay back all of your debt over time.

2. They won’t harm your credit score.

Car Title Loans don’t use your credit to get the money you need. Instead, they work by selling off the car or other property you have on hand. This way, your credit doesn’t suffer any damage from this type of loan and can still be used when you are ready to purchase a new car later.

3. Even people with bad credit can get them.

Getting a Car Title Loan is often very difficult if you have a poor credit score. However, title loans can be used by people who have recently filed for bankruptcy or suffer from poor credit ratings. They are also much easier to get than other types of loans, which makes them attractive to those who find themselves in difficult situations when it comes time to borrow money.

Because title loans don’t use your credit score, there is no risk involved, and you won’t have to pay any fees or be charged higher interest rates. That can make the Car Title Loan process much easier to swallow when you are in a tight financial situation, often making it a better option than other loans that can cost you much more money in the long run.

Car title loans in Vancouver will give you a great party at an affordable price. You won’t have to worry about spending too much on gift-giving and decorations, and you can even pay for your entire party with the loan if you need to. By getting title loans for your Christmas party, you will be able to enjoy the season without worrying about how you will pay for it all. 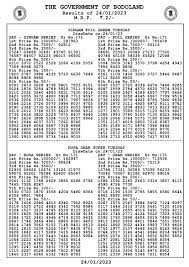 Nagaland Lottery Result Today 24.1.2023, 1 PM, 6 PM, 8 PM Live: Nagaland state lotteries had declared today’s result 24.1.2023,  So the ticket holders can check their lucky number on the result pdf. Below we have given the official Nagaland lottery result PDF file. By using that PDF, you can able to check your results easily. Nagaland lottery draws are conducted every day at 1 PM, 6 PM and 8 PM onwards. And the ticket is priced at Rs.6/-. And lakhs of participants getting the tickets from the department. But the one who has lucky can get the prize money easily. Nagaland lottery draw names are Nagaland Government lottery result at 1 PM, Nagaland State Lottery Result 8 PM, and Nagaland lotteries day result at 6 PM. The ticket buyers are requested to follow the below steps to check the Nagaland lottery result today 24.1.2023. These steps will help you to find the correct result on time.

Step 1: Go to the Nagaland Lotteries’ official website at nagalandlotteries.com

Step 6: Check your lottery number to determine whether you won or defeated. 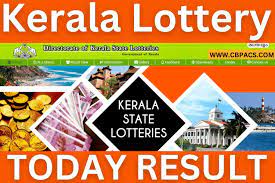 Kerala Lotteries used to declare the result live from 2:55 PM and the official WinWin W-703 Results PDF will be available after 4:30 PM on their official website. Here we are updating the live Kerala lottery result 23.1.2023. So the people are requested to keep watching this page for Today’s Kerala Lottery WinWin W703 Result. Check Kerala Lottery Result Today 23.1.2023.

Here below the Kerala Lottery Today live result (കേരള ലോട്ടറി ഫലം) will be updated from 3 PM to 4 PM. The participants who want to check the results can be able to check below.

Kerala lotteries are usually conducting the draw for the WinWin lottery every Monday only. So the Current serial number for Today’s WinWin Lottery is W-703. Most of us search for WinWin Lottery result prizes online by 1st Prize, 2nd Prize, and 3rd Prize 4rd Prize. Below are the prize details for the W-703 Result for 23/1/2023. Check Kerala Lottery Result Today 23.1.23.

The participants who bought lottery tickets for today’s (23.1.2023) draw can check W-703 Results on the online website keralalotteries.com. For that, the participants must follow the steps below to check and download the Kerala lottery result today 23.1.2023.

Step 5: Check your lottery number whether you won or defeated.

Today Kerala W-703 Lottery Results were Published on 23.1.23 at 3:55 PM officially by www.keralalotteries.com The participants need to follow the Kerala lotteries norms to claim the prize. If you won above Rs.100,000, you must submit some documents required by Kerala Lotteries Board.

Today lottery result will be available from 3 PM