When it comes to bail and bail bonds, not everyone has a clear idea. People might not know the difference between these two at all. Well, not to worry! It is not every day that common people enthusiastically learn about the law or criminal arrests. But, when they need to understand the practice, they take the initiative and study the basics of how the system works. You might have a loved one in jail who is in desperate need of bail, and you don’t know who to contact. Continue reading this article to learn more about the difference between bail and bail bonds.

When does one require bail? If someone gets charged with a crime, they are taken to jail, where he must wait until he is bailed out. In about 48 hours, the defendant is presented to the court, where the judge declares his bail. Once he pays the whole bail amount, he is allowed to walk out of jail. If, however, he fails to pay the bail, he is taken back to jail and kept there until the date of his trial, which can take place months after his initial date of arrest. All the while, an innocent defendant will have to endure the suffering in jail just because he cannot pay the bail amount.

Cash Bail: Cash bail, also known as money bail, ensures a hassle-free release from jail. The wealthy, of course, can afford to pay the full amount in cash. Depending on the severity of the crime, the bail money can be quite high. People don’t have that much money saved up to pay for bail; therefore, they are forced to stay behind bars. It is a pity when innocent people get trapped inside the system because they are not financially well off. On the other hand, rich people get bail easily because the bail amount is just a number for them. They are willing to pay the full bail amount in cash. This cash is reimbursed in full once the defendant appears in court and completes the trial. If the accused fails to show up at his trial or breaks the bail regulations, the court will not refund the money. Instead, the bail amount will be taken by the government itself.

Bail Bonds: One might wonder, is there an alternate way to cash bail? If getting bail depends solely on one’s monetary status, then the system is undoubtedly rigged. But, of course, there is another affordable way to get bail; it is called Bail bonds, also known as a surety bond. These bonds are legal contracts that the defendant signs of getting out of prison, promising that he will appear for the trial. If, however, he fails to appear for the trial, he will face the consequences. 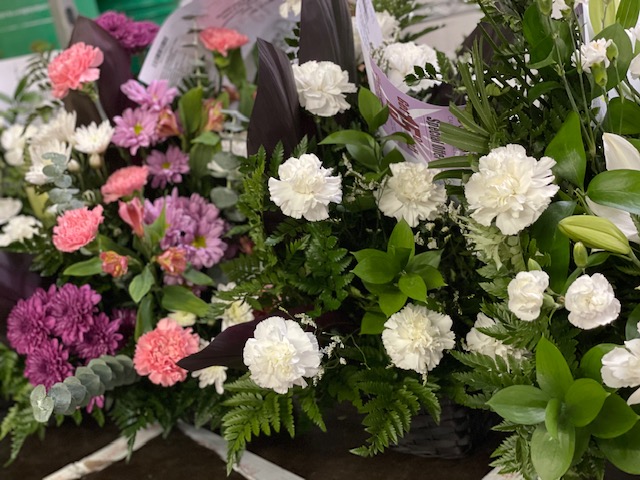 Bloomex is a flower delivery service that has been operating since 1999. First, as a traditional retail flower business, Bloomex first opened its doors in the city of Toronto, Canada, and has since taken roots in numerous production facilities all across the country. Bloomex continues to be one of the largest, most popular florists in Canada and one of the most reputable online flower delivery services.

In the last two decades, Bloomex has continued to grow, expanding into the virtual world of online flower delivery to make sending flowers easier for their customers. Their current offerings (in addition to traditional flower offerings) include non-flower gifts, such as chocolate and wine, as accompaniments to flower arrangements, or colorful planters that are also available for delivery.

Being in the flower delivery business for so many years, Bloomex knows and understands their customers well and that their customers appreciate the finest flower arrangements at fair prices. Bloomex accepts orders over the phone to their head office and through their helpful website checkout process. They have also adapted their customer service to be able to handle customer questions and resolve issues through their live chat feature on their website, and via phone and email. Bloomex takes all customer complaints very seriously and expedites all feedback to their customer service department in order to correct all issues.

Bloomex truly cares about their customer experience and understands that mistakes happen during delivery. They offer a fair product replacement policy if products do not meet customers’ satisfaction and take the best efforts to make changes to orders even after they have already been placed. Especially in the flower industry where floral arrangements are given for highly important occasions, Bloomex makes it their priority to work with you to deliver the product you want and need.

In recent years, the company has also expanded its reach to Australia and the United States due to its innovative business model. Their processes involve partnering with various local florists to ensure the variety and volume of flowers are ready for delivery. Cutting out the middleman allows the company to offer unbeatable prices for high-quality flower arrangements, which also allows them to save time on flower deliveries themselves.

In this way, Bloomex is able to offer highly competitive prices, making them a strong competitor in Canada’s flower market and abroad. For your upcoming flower needs, look no further than Bloomex to send the ultimate gift! 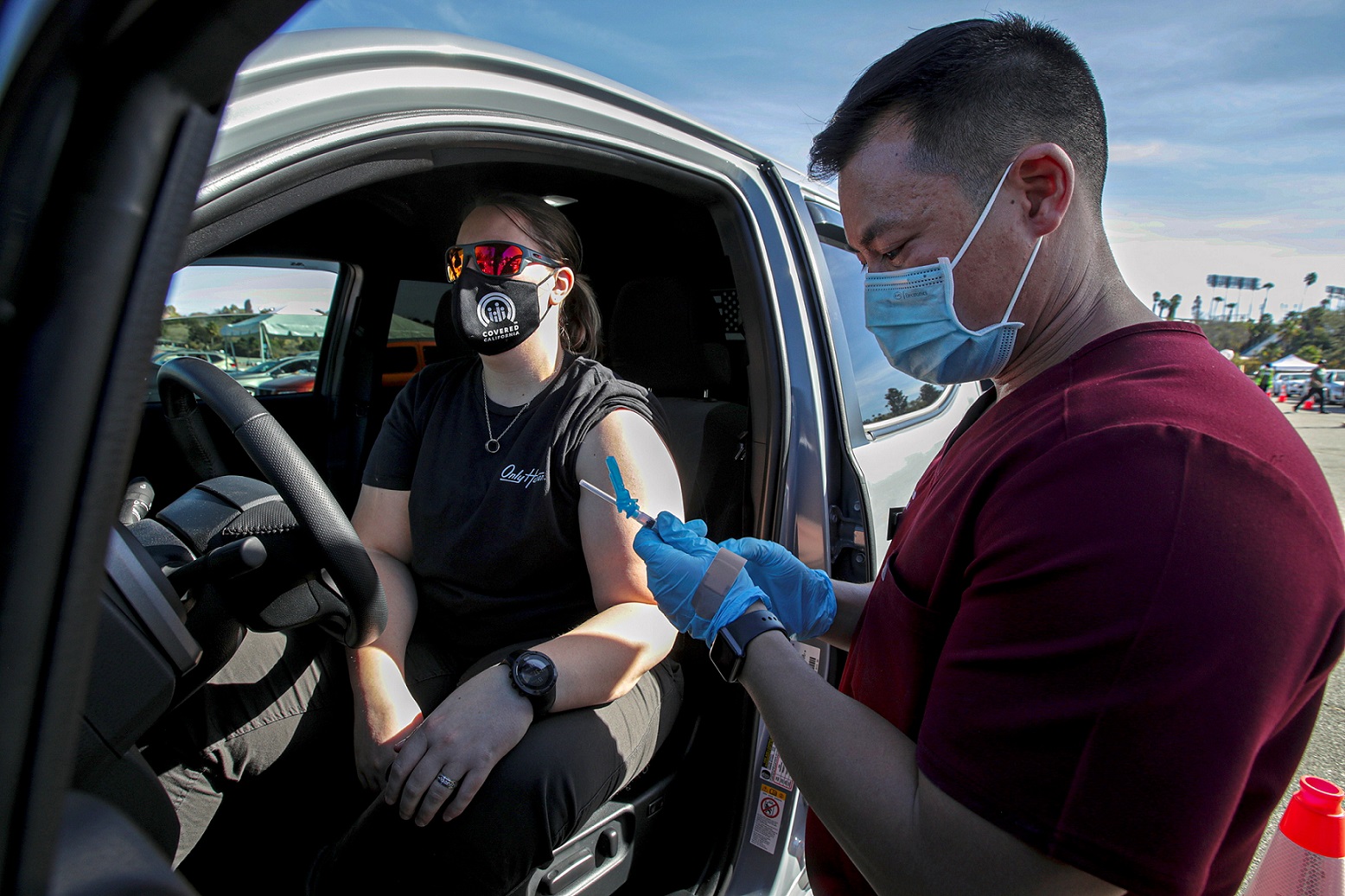 President Joe Biden and Vice President Kamala Harris on Friday urged Americans to get Covid-19 shots, as the country looks likely to miss the White House’s goals for vaccination next month as a new coronavirus variant triggered serious concerns.

“Act now, act now,” Biden said in remarks at the White House, urging the unvaccinated to talk to their family and friends who have had shots and to their doctors.

Deaths and hospitalizations are going “drastically down in places where people are getting vaccinated,” but not other areas, Biden said. “They’re actually going up in some places.”

At the current pace, the United States seems unlikely to hit Biden’s goal of having 70% of adults receive at least one dose of a Covid-19 vaccine by July 4, the Independence Day holiday.

As of Friday, around 65.1% of people in the United States had gotten at least one shot, and that mark has increased by less than one percentage point over the past two weeks.

That pace would have to more than double over the next two weeks for the United States to hit the target.

The White House had no immediate comment on the possibility of missing the July 4, 70% goal. Currently, only 15 states and Washington, DC have achieved that level.

US government data show a political divide as well, with states won by former president Donald Trump lagging well behind in vaccination rates than those won by Biden.

“When you get the vaccine for yourself, that means that you will not possibly pass it on to somebody else in general because you’re unlikely to get Covid,” Harris said during a vaccination drive at Atlanta’s famed Ebenezer Baptist Church.

“Isn’t that an extension of love thy neighbor?” she said, to which several in the audience responded, “Amen!”

The United States has administered 300 million Covid-19 vaccinations in 150 days, a White House official said on Friday ahead of Biden’s speech.

Officials said Biden’s push to accelerate vaccinations since taking office in January was paying off, with Covid-19 cases, hospitalizations and deaths down to their lowest levels since the start of the pandemic in early 2020.

The US death toll remains the highest in the world, although other countries, including Brazil, Britain and Russia, have higher death rates as a measure of their populations.

A White House fact sheet said the number of Covid-19 deaths has decreased by 90% since Biden took office in January, when more than 3,300 Americans were dying each day, and highlighted big gains in the economy as people return to work.

It said more than 175 million Americans had received at least one shot, and 55% of adults were fully vaccinated.

Addressing racial imbalances in vaccination rates remained a continuing concern, the White House said, but pointed to gains there as well. In the past month, it said, people of colour made up 54% of nationwide vaccinations although they comprise 40% of the US population.

“It’s a variant that is more easily transmissible, potentially deadlier and particularly dangerous for young people,” he said.

“But the good news is we have a solution. The science and the data are clear. The best way to protect yourself against these variants is to get fully vaccinated.”

The Biden administration is counting on faith leaders and community groups to help increase vaccination rates and overcome lingering vaccine hesitancy, especially among people of colour.

“Church is always a healing place. It’s so appropriate that we’re doing this here,” Harris said in remarks at Ebenezer Baptist, where civil rights leader the Reverend Martin Luther King Jr and his father once preached.