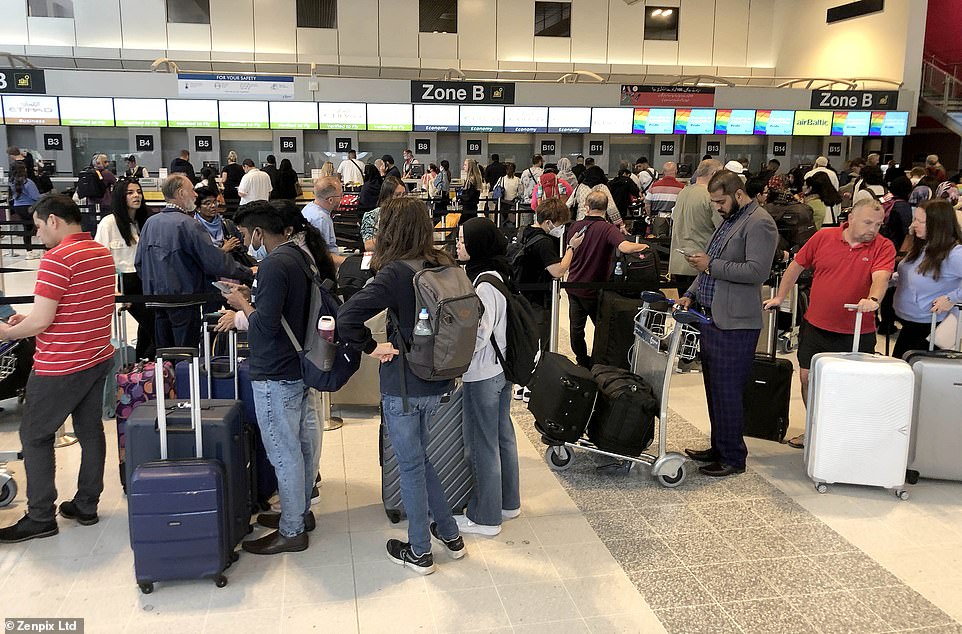 The chaos that has plagued European travel for weeks is coalescing in France as staff at Paris Charles de Gaulle airport strike for the second day in a row Friday and a country-wide rail walkout looms.

France’s aviation authority ordered the scrapping of 17% of flights between 7 a.m. and 2 p.m. after pay talks between unions and airport operator Aeroports de Paris failed to reach a wage deal. Air France, the hub’s biggest carrier, canceled 64 flights, affecting about 10% of short and medium-haul services.

Ryanair Holdings Plc workers in Spain were separately set to walk out for a second weekend, while staff at EasyJet Plc bases there are planning the first of a series of three-day strikes.

Airports across Europe are suffering disruption, with hubs in London, Amsterdam and Frankfurt scrapping swathes of flights amid a labor shortage and workers elsewhere walking out as they seek higher pay in the face of spiraling inflation. The US has also been hit, with Delta Air Lines Inc.’s chief executive officer on Thursday apologizing to customers for an “unacceptable” level of canceled and delayed flights.

French unions and airport management have been locked in negotiations over wages and working conditions, as inflation quickened to the fastest since the euro was introduced. The next round of talks is scheduled for Friday afternoon, operator ADP said in a statement late Thursday.

The fact that discussions are continuing is a “positive sign,” a representative of the CFDT union said by phone, while adding that without an agreement some categories of workers are calling for the walkout to be extended through the weekend and even to every weekend this summer.

EasyJet said passengers traveling to and from Barcelona, Malaga and Palma should check the status of their flights amid planned action by the Spanish USO-STA cabin crew union.

“Although this is outside of our control, we would like to apologize to all our customers for any inconvenience caused and would like to reassure them we are doing all possible to minimize any disruption as a result of the strike actions,” the carrier said.

Ryanair crews have announced six days of strikes in Spain, with the second due to end Saturday. The Irish company has said that last weekend’s Spanish action caused few problems, though there was some impact from a walkout in Belgium.

Aer Lingus, the Irish unit of IAG SA, canceled 10 flights Friday amid a surge in coronavirus cases, according to broadcaster RTE.

ADP workers staged their first strike on June 9, when disruption spilled over to Paris’s second airport, Orly. Firefighters then walked out Thursday and are continuing their action Friday, joined by a range of other employees including security and refueling personnel.

A protest march around the hub’s terminals will likely disrupt access, the airport operator warned, urging passengers to use rail and subway networks to get to their flights.

While ADP and subcontractors are trying to hire thousands of workers, neither the hub operator nor Air France have announced sweeping flight reductions for the busy summer season like Deutsche Lufthansa AG, KLM and British Airways.

KARACHI: Pakistan Peoples Party MNA Dr. Mehreen Bhutto has finally struck a compromise with a businessman after a falling out during which the MNA registered a fraud case against the latter for fraudulently declaring her partner in a business venture. The MNA is already facing FIA inquiry into assets beyond means.

According to the official documents (available with The News) PPP parliamentarian Dr. Mehreen Bhutto along with her three brothers is facing an inquiry from the Federal Investigation Agency (FIA) about accumulating wealth beyond known sources of income that included partnering with a travel agency. Bhutto had lodged a fraud case against her business partner, his spouse and other family members.

MNA Mehreen Bhutto lodged an FIR at Clifton Police Station, Karachi, on August 4, 2022, against her business partner Asadullah Shaikh, his wife and other directors of M/s AAA Travels for enlisting her as one of the directors of the business without her knowledge and consent and blamed them for misusing her CNIC, passport and other documents. Bhutto in her FIR quoted a news story published in ‘The News’ on August 4, 2022, to claim that she came to know through a news report that she was a director at AAA Travels and claimed it was all done without her explicit knowledge. She also claimed that she neither signed any document nor received any benefits from the company.

ALSO READ  There are more than 4.7 million banknotes in the UK with the queen's face on them. They will all be replaced

The case was sent to the Court of Civil Judge and Judicial Magistrate-V, Karachi South, Mazhar Ali for trial, where after some hearings the judge accepted the compromise application filed by MNA Bhutto by informing the court that a compromise has taken place with her ‘rival’ group. During the pendency of the trial, the accused Asadullah Shaikh told the court that the case against him and his family was fake and was registered using her political influence. He told the court that MNA Bhutto was a willful partner who regularly received monetary benefits but disassociated herself from the business when the FIA started an inquiry against her. The court approved the settlement on Tuesday, November 15, 2022.

ALSO READ  Designing Home Doesn't Have To Be Hard: Read These 9 Tips

The FIA initiated the inquiry in 2019 against the PPP MNA when in 2014, a complaint was filed against MNA Mehreen Bhutto and his three brothers alleging mega corruption. During that period, despite many notices served under Section 160 of the Criminal Procedure Code (Cr.PC) MNA Bhutto did not appear before FIA, Sindh, Zone-II. Following the application of out-of-court settlement in October, MNA Bhutto and her three brothers appeared before the enquiry officer FIA-Sindh Zone-II and recorded their statements.

This reporter approached MNA Bhutto and her business partner Asad Shaikh for their versions, called at their cell numbers, and then sent them detailed text messages at their WhatsApp number but till the filling of this news story, both avoided responding. 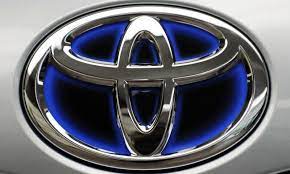 KARACHI: Despite the low cost of import on account of the rupee’s recovery against the dollar in the last one and a half months, Indus Motor Company (IMC) has increased prices by Rs190,000-700,000.

In the last week of September, one dollar was trading at Rs240 but it plunged to Rs214-215 after Ishaq Dar was made finance minister.

IMC, in its letter to the authorized dealers, said the vendor cost of production has significantly soared due to economic uncertainties and inflation in the raw material cost. In addition, uncertainty in currency fluctuation, and increase in utilities and other overheads have also impacted the cost of manufacturing. 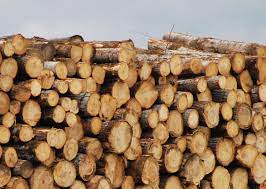 ISLAMABAD: The government has suspended import conditions for certain categories of timber and wood till March 31, 2023 on the request of All Pakistan Timber Traders Association (APTTA), sources close to Secretary Commerce told Business Recorder.

Sharing the details, sources said, the conditions for import of plant and plants materials including timber/ wood had been incorporated in Part-IV of Appendix-B, Import Policy Order (IPO) 2022 on the recommendations of Department of Plant Protection (DPP) of Ministry of National Food Security & Research.

According to Commerce Ministry, Karachi Timber Merchant Group had approached Commerce Ministry requesting to extend the date of implementation of conditions of import permit and plant protection release order for the import of timber and wood falling under PCT Codes 44.01 to 44.09, as provided under Sr. Nos. 385 to 44O of Part-IV of Appendix-B, IPO 2022.

The sources explained that the conditions could not be met for the already arrived shipments because those consignments were supplied against contracts entered into months ago. Consequently, the Federal Government, in light of the decision of ECC of the Cabinet and its subsequent ratification by the Cabinet, suspended operation of Import Policy provisions contained in Sr. No. 386 to 44O of Part-IV, of Appendix-B, Import Policy Order 2022 from the date of issuance of IPO, 2022 to August31, 2022.

All Pakistan Timber Traders Association had again approached the Ministry with the request to suspend the import conditions and restrictions on wood and timber in tariff classes 44.01to 44.09 for all the “Bills of Lading issued until June 30, 2023”. The APTTA argued that any decision made in haste would destroy the entire wood business sector (H.S Code 44.01 to 44.09) causing damage to a large number of industries that rely on wood as a basic raw material including the construction industry which was connected to 45 to 50 other industries.

Ministry of National Food Security and Research (MNFS&R) supported the proposal; however, with the condition that no further exemption would be supported after June 30, 2023 and that the import condition in Import Policy Order and Plant Quarantine Act, 1976 and Plant Quarantine Rules, 2019 would be enforced in letter and spirit after 30 June, 2023. It further required that the importers of timber should be advised to plan future imports, accordingly.

The sources said the Economic Coordination Committee (ECC) of the Cabinet recently approved the proposal of Commerce Ministry and decided that the date of implementation of IPO 2022 regarding import of timber and wood falling under HS Codes 4401 to 4409 (Sr. Nos. 386 to 440 of Part-IV, Appendix-B, IPO 2022) shall be suspended till March 31, 2023.