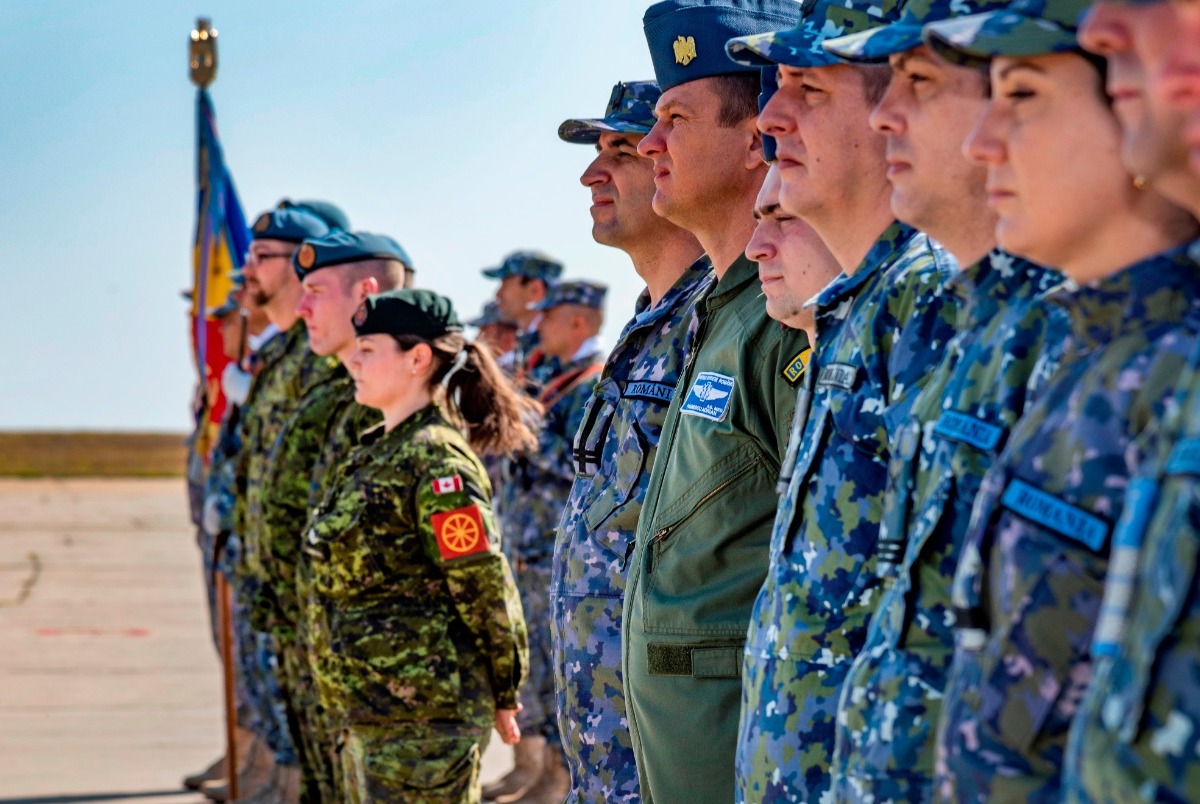 In any developed nation, their military is divided into three major units, the navy, the army and the air force. The navy handle the water, protecting the country from threats that could come by sea or ocean waters, the navy is on land and the air force handle aerial surveillance and quash aerial threats. The RCAF is no different and is part of the Canadian Armed Forces and the National Defence. It defends and protects Canadian and North American airspace in partnership with the United States. There is much more that you might not have known about the Canadian Air Force and this article will help you out with that.

As the name suggests, the Royal Canadian Air Force is the arm of the Canadian Armed Forces that defend the country’s airspace. The RCAF in partnership with the US also oversees the security of the North American continent. It also contributes to international peace and security. Today, there are more than 100 different occupations within the Air Force, providing members with amazing career opportunities as well as personal growth. The Airforce, like the Army, has everything a military officer would need, access to good jobs, amazing pay, great living and travel to great places all over the country and the world. 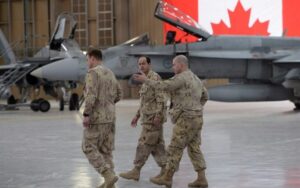 3. Living: the CAF ensures you and your family are looked after. When you first become a Member and enter basic training, accommodation, meals, training, and a liveable wage are provided for you while you become accustomed to military life. Upon leaving basic and entering the workforce, you will receive guidance and assistance for the transition to your designated posting location. As it is for the rest of your military career, when work requires you to move, the CAF covers the costs. Healthy living plays a major role in the life of airmen and airwomen. With resources for nutrition, physical and mental fitness, physiotherapists and sports medicine specialists, and stress management programs, the sky is the limit when it comes to a healthy and active lifestyle in the Air Force.

4. Travel: like every other branch of the military, members of the Air Force are bound to be moved or posted to a variety of locations within Canada and all over the world. The most common posts in Canada are Bagotville, Quebec; Cold Lake, Alberta; Comox, British Columbia; Trenton, Ontario; and Greenwood, Nova Scotia. As a member, you also have the opportunity to live and work internationally in countries such as Belgium, Germany, The United Kingdom, Italy, Australia, and The United States of America 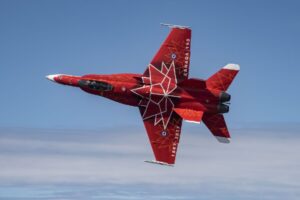 The one thing that the Air Force can brag about over the Navy and Army is the women in the Air Force. Among their allies, the Canadian Armed Forces (CAF) are highly regarded as being at the forefront of military Training gender integration. Women can enroll in any CAF occupation, which includes operational trades, and serve in any environment. In all trades, CAF men and women are selected for training, promotions, postings, and all career opportunities in the same way – based on rank, qualifications, and merit. Presently, women serve on several global operations ranging across the spectrum from peacekeeping and humanitarian assistance operations to stability and security and peace-enforcement operations. 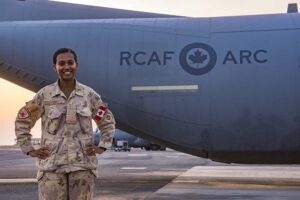 Women have continued to break down barriers since the Second World War and their numbers have only grown especially in the Air Force. The Department reviewed the recommendations of the Royal Commission on the Status of Women in 1971. This way the Air Force raised the ceiling of 1500, and employed more women even to non-traditional areas, like vehicle drivers and mechanics, aircraft mechanics, air-traffic controllers, military police, and firefighters. Today, women serve on several global operations ranging across the spectrum from peacekeeping and humanitarian assistance operations to stability and security and peace-enforcement operations. 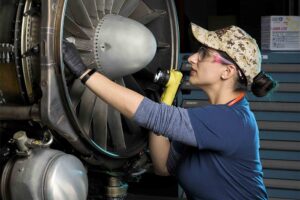 Some of the careers related to the Airforce that are in demand include Aerospace Telecommunication and Information Systems Technician, Aerospace Control Operator, Aerospace Engineering Officer, Air Operations Officer, Air Combat Systems Officer and Aerospace Control Officer. There are many other careers in the Armed Forces that can be applied whether in the Navy, Army or Air Force. They include Medical Officer, Financial Services Administrator, Pharmacy Officer, Human Resources Administrator, Chaplain, Legal Officer, Cook, Medical Technician, Nursing Officer, Firefighter, Health Care Administration Officer, and of course Pilot, among many others. With the correct qualifications, be sure to apply for a career in the Royal Canadian Air Force and enjoy much more than just a career in the skies 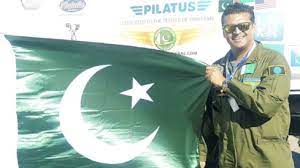 There is no full-stop where learning is concerned and certainly no age limit when it comes to school. Actor and singer Fakhr-e-Alam just did an online course from Harvard Business School and he is encouraging all his followers to give themselves that little push that opens them up to new worlds.

On Tuesday, the 46-year-old shared his latest milestone on Instagram. “Never STOP learning, [you can] never [be] too old to learn…. Never thought I would one day attend Harvard Business School… Even though online but Harvard none the less… Earned my Alternative Investments certificate,” he wrote, explaining what constitutes it. “It’s a very interesting course from private equity, private debt, distress investing, hedge funds, real estate, portfolio management and strategie.

The ‘Laut Aao’ singer said the course added to his knowledge and helped him discover new ways to go about his business dealings. “It perfectly aligned with things I have been doing for a few years in business but it opened my mind and changed my approach on so many business strategies especially my investments…..”

He repeated himself and reminded his followers that it’s never too late to learn. “It’s always great to learn new things….. Wish you all happy learnings……” He concluded by tagging Harvard Business School and thanking them.

Like Alam, there are several other actors who have set an example by pursuing further studies. Actor Mawra Hocane went back to law school to finish what she started despite her blossoming career because education is not necessarily about getting a job, but polishing oneself. Actor Ameer Gilani also recently graduated from Harvard Law School and Indian actor and author Twinkle Khanna is currently pursuing her Masters in Fiction Writing at the prestigious Goldsmiths, University of London.

Can I Get a Full Refund if I Cancel my Flight on Etihad Airways? 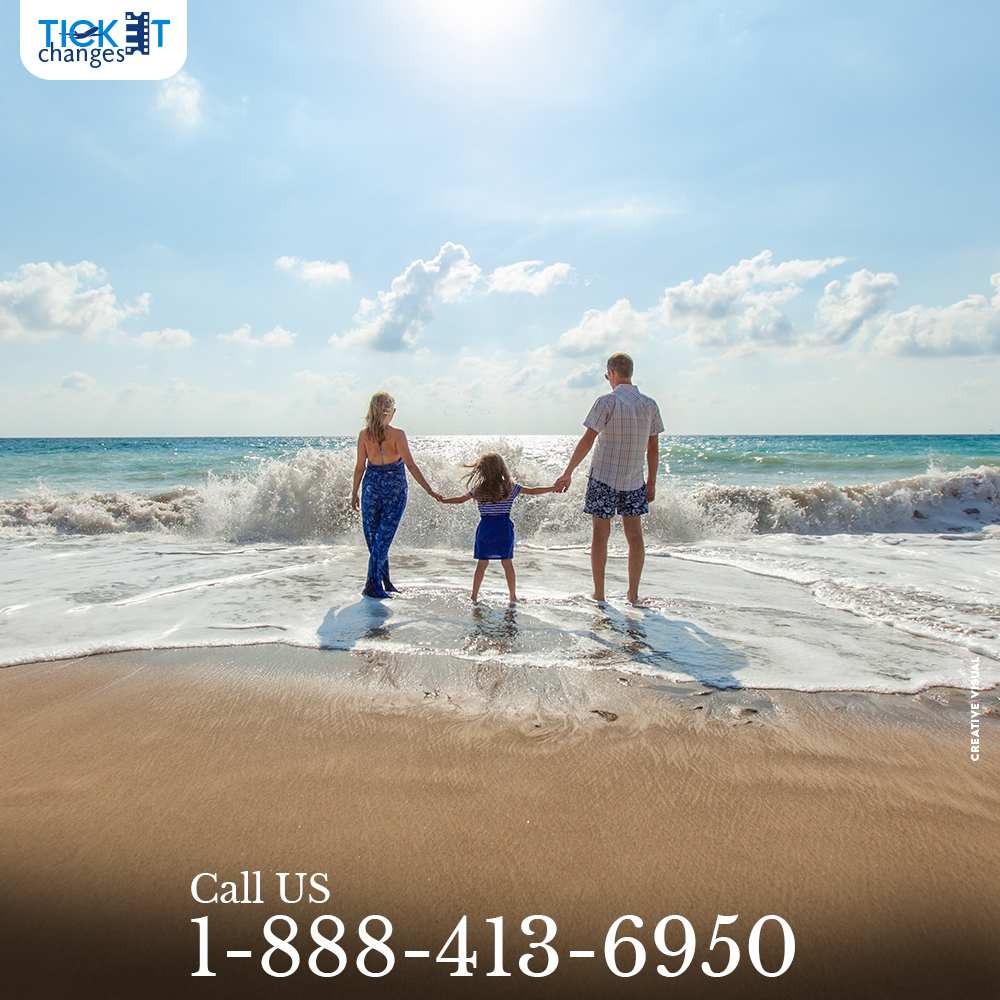 What is the Compensation for a Canceled Etihad Airways Flight?

Read more about:-How much does Etihad charge for cancellation?