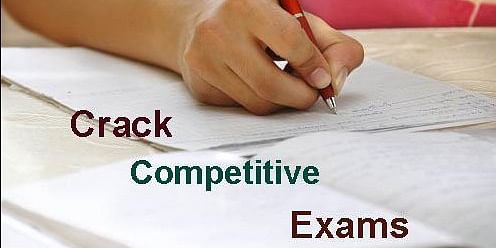 We can easily state that our roots and basics play a major role in learning the hidden portion of the world. Undoubtedly, this thought plays a vital role in cracking any type of government-related exams. Most government sector-related exams want students to learn and understand basics in such a manner that it can become a basic foundation for the rest of the future. From mathematics to general knowledge, everything requires strong basics for constructing a reliable foundation. While meeting a mentor for government exams, most of them would inform you about the importance of well-built basics in the student’s life. This article will provide you new ideas on how you can have full control over your basics.

Before regretting what you could have grasped or what you could have attended to, try to make yourself familiar with the 10th and 12th textbooks and try learning the basics for great preparation. If you aim to appear for Government Jobs in Punjab then making your basics strong can be your mantra. Involving this method in your life can help you achieve a standardized position in the government sector.  We all are well versed with the term ‘Back to Basics’, which denotes starting from the very first level. Whenever you are stuck in some equation solving problems, step back, understand the origin of the problem and try to gain a deep insight into the basics of the topic. However, when you are appearing for the government sector you can’t afford to waste a single minute. So, it’s highly advised to prepare yourself and try to make a long-lasting foundation for the future.

Check out the list of things you can do to make your basics strong:

It often happens with all of us, that when our parents lecture us then we use to prepare a proper timetable for showing them, try to follow that for five to six-day and after that, we are back to our careless behavior. But it’s strange to hear that a timetable can really help you follow a systematic approach towards life. You might have prepared one timetable and another and the other but are you seriously following it? In great motivation, we all tend to make the timetable so hard that in the end, we leave the whole hope of following it. You are required to make a timetable by keeping your body cycle and preferences in the mind. Make it easy and productive so that you can easily follow it without losing interest. If you aim to crack the SSC CGL examination in the first attempt then connect with the Best SSC CGL Coaching Chandigarh today!

In school, first benchers and backbenchers are the two boundaries where students are judged on the basics of their performance. Back then, we never put much thought into why some students prefer to sit on the front bench and why some choose the last bench as their best friend. Generally, backbenchers are considered as the reluctant students of the class; we judge them for not being studious. But that is not at all true, every student has different capabilities. Some love to study in a peaceful place whereas some like to study in groups. So, when you aim for clearing government jobs in Punjab, choosing the right spot where you feel like studying can help you a lot in clearing exams.

Revise everything at the end

You have noticed that your teacher always advises you to do proper revision before entering the examination hall. They always conduct revision tests and classes to make the basics strong for school-going students. This particular thing plays a vital role in the life of Sarkari job aspirants. Candidates should do proper revision before going for the exam. In school, we always experience that the teacher always gives homework for the topics taught in the class. Why is that? It is basically to help students retain all the topics they learned in school. Though revision is the basic step, this is very long-lasting, when followed with proper structure and consistency. Try to fit these above habits from school in your daily schedule to clear SSC CGL examinations. For further help connect with the best SSC CGL Coaching Chandigarh now!

The above-mentioned points will give you a basic idea about how you can make your basics strong for clearing any type of government-related exams. These points might help you to gain a better understanding of the subjects and effortlessly solve every question without any hassle. If a school-going student aims to top competitive exams then strong and constructive basics can offer a great helping hand in the whole journey. It’s time to try out these methods and give your best towards clearing every competitive exam with great endeavor. Here, we wish you all the very best for the coming future.