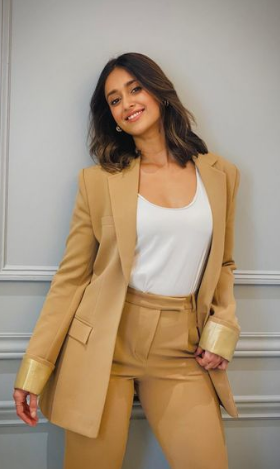 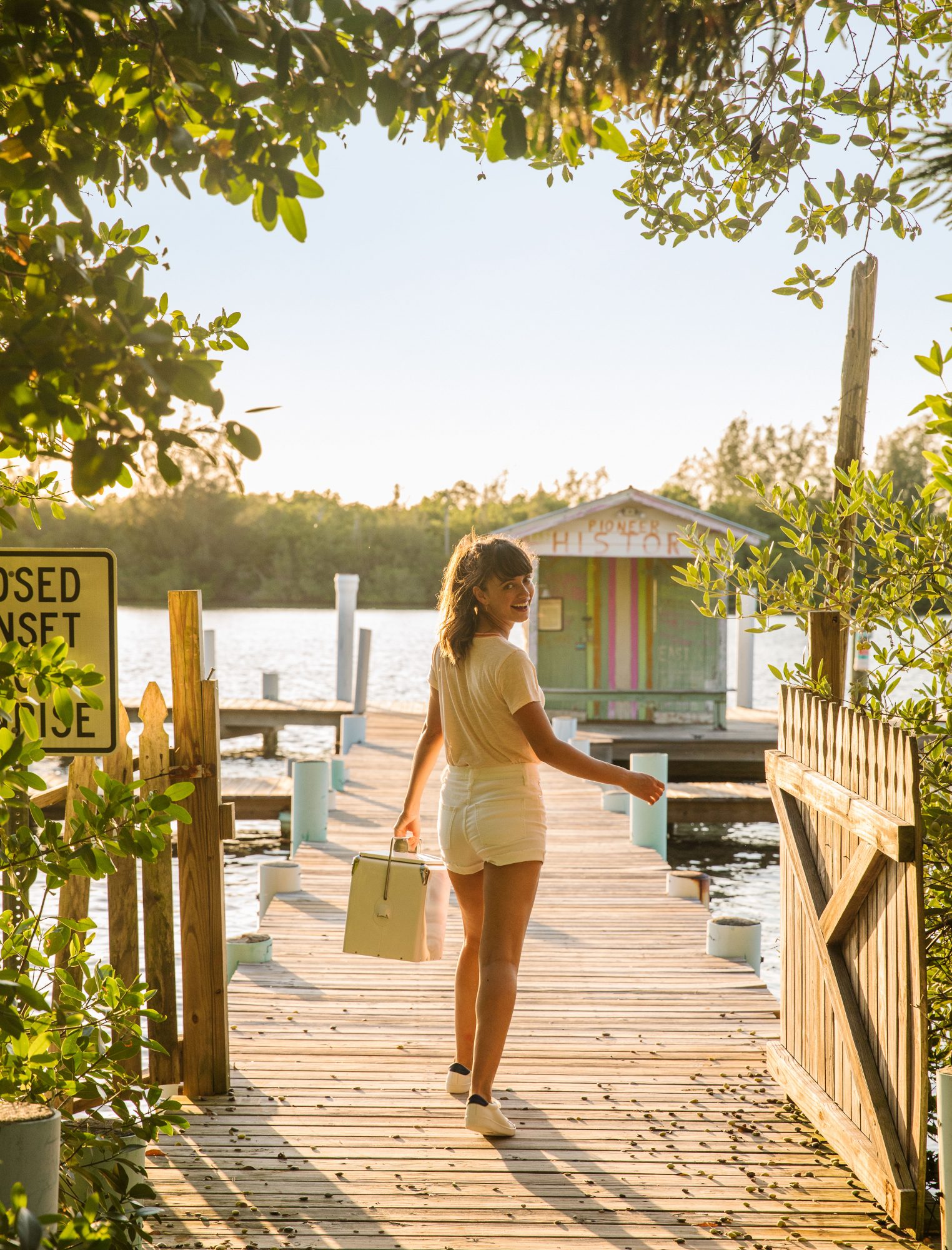 MELBOURNE — An Indian River County man and a Palm Bay woman have been arrested after investigators said the pair recruited underage girls — including at least two from a group home — to perform sex acts for cash at a West Melbourne hotel.

Marc Phillips Dinkels, 33, of Vero Beach, and Taylor Kathleen Brandt, 19, of Palm Bay,  were arrested last week as part of a joint investigation led by the Florida Department of Law Enforcement.

One of the girls was a 14-year-old in foster care, court records show.

“Predators who take advantage of children like this have no place in our communities, and I hope this arrest sends a warning to anyone else who might seek to exploit Florida’s youth,” FDLE Acting Commissioner Mark Glass said in a prepared statement Sunday.

Dinkels was charged with two counts of human trafficking and one count each of lewd and lascivious battery, use of a child in sexual performance, unlawful sexual activity with certain minors, unlawful use of a two-way communication device to facilitate the commission of a felony, and battery, reports show.

Brandt was charged with two counts of lewd and lascivious battery and one count each of human trafficking, use of a child in a sexual performance, and use of a two-way communication device to facilitate a felony.

Dinkels and Brandt were being held Sunday at the Brevard County Jail. The case was forwarded to a conflict attorney’s office but has not been assigned to any defense attorneys, records show.

Florida continues to have among the highest incidences of human trafficking in the U.S., with half of the victims under the age of 18, according to the Florida Department of Health.

The investigation began after a foster care worker at an Oviedo group home spotted a young girl laughing over something on her cellphone with another juvenile at the facility, FDLE said.

The worker then saw the cellphone, which was displaying images of the girl smoking, drinking, and consuming LSD, court records show. One of the videos was also of the teen and another woman — identified by investigators as Brandt — kissing, reports show.

Brandt, who operated an OnlyFans page that offered explicit sexual photos and videos for money, later told a friend on Instagram that she made “hella money,” for one of the sex acts performed for Dinkels, reports show. Dinkels described himself as a “sugar daddy,” and paid out hundreds of dollars for the contact, reports show. He also told at least one of the girls that he had cancer, court records show.

Investigators reviewed the video, along with text messages about pricing for sex acts and photographs, and determined that the initial contact took place in Palm Bay.

Investigators said Brandt had met Dinkels on a social media group for people with certain mental health conditions and had made arrangements for sexual activities for cash if he could record the sessions, reports show.

In January, Dinkels picked up Brandt and two companions in Palm Bay and then checked into a Courtyard by Marriot, a West Melbourne hotel, reports show.

He later denied to investigators knowing that some of the girls were underage. State investigators said Dinkels recorded several of the incidents.

“This sick criminal duo used social media to target and lure young girls for sex, including a 14-year-old from a foster home. I am thankful for the multiple law enforcement agencies that investigated this case, and I look forward to my Statewide Prosecutors securing convictions for these loathsome predators,” Florida Attorney General Ashley Moody said in a news release.

“Anyone who is evil enough to harm a child needs to be locked behind bars where they can never harm another child in our community or anywhere else on the planet,” Brevard County Sheriff Wayne Ivey said in a prepared statement.

It’s unclear if Dinkels and Brandt have attorneys representing them as of Monday, 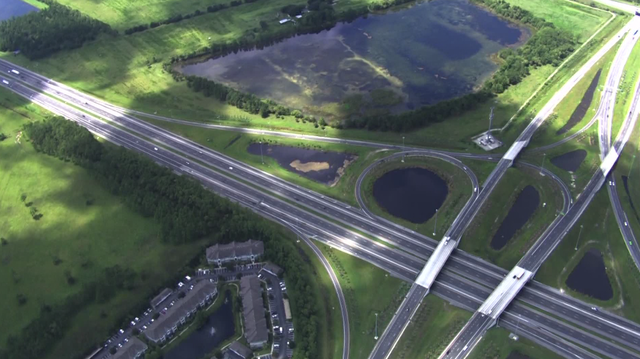 A child has become the second person to die after a minivan ran into a retention pond off I-95 at Beville Road in Daytona Beach Sunday night.

Five people, including a 46-year-old man and a 39-year-old woman, were in the car, along with three children, when FHP says the driver lost control at a curve and the minivan submerged in 8 feet of water.

Rescuers got the victims out and performed CPR.

All were rushed to the hospital.

The driver and a 13-year-old were treated and released, but the 39-year-old woman died at Halifax Health hospital Tuesday.

Two other children, 10 and 12-year-old boys, were flown to Arnold Palmer in Orlando. The 12-year-old died Tuesday night. Two shark sightings off Rockaway Beach have closed the entire stretch of some of New York City’s most famous beaches for swimming on Tuesday, according to the city’s parks department.

Rockaway Beach in Queens was closed to swimmers after sharks were spotted off both Beach 102nd Street and Beach 67th Street on Tuesday.

The NYC Parks Department said the beaches are closed to swimmers until it becomes safe to allow people back in the water.

NYPD Aviation is patrolling the area for sharks, according to the NYC Parks Department.

No attacks had been reported in the area as of Tuesday afternoon.

The Rockaway Beach closings come after a string of shark attacks off Long Island over the past few weeks.

Hochul directed state agencies to implement heightened patrols and surveillance of shark activity, including the use of drone and helicopter monitoring.

She added a direction to the agencies to expand public outreach efforts on shark safety resources and education in order to increase safety among beachgoers.

“As New Yorkers and visitors alike head to our beautiful Long Island beaches to enjoy the summer, our top priority is their safety,” Hochul said in Monday’s statement. “We are taking action to expand patrols for sharks and protect beachgoers from potentially dangerous situations. I encourage all New Yorkers to listen to local authorities and take precautions to help ensure safe and responsible beach trips this summer.”

The governor’s direction is set to increase drone resources for Long Island’s state beaches, and to increase the number of lifeguards on duty by 25%, according to her office.

As New Yorkers reach the halfway point of their summer season, shark sightings in the area seem to be growing.

There was only one report of a shark bite last summer — a lifeguard bitten in July — but there were 20 confirmed shark sightings off Long Island in 2021, a record for the area, according to Long Island officials.

That number was three times as many sightings as recorded in 2020, according to New York ABC station WABC. As temperatures in Queens climbed into the 90s, Rockaway’s beaches were closed on Tuesday afternoon for swimming because of shark sightings, officials said, leaving only the boardwalk open for beachgoers on a hot day.

Although shark sightings and incidents have led to beach closures in the past, they’re not common, said Janet Fash, who has worked as a chief lifeguard at Rockaway Beach for about 31 years. She said she had personally noticed more sightings of “life that lives in the sea” at New York’s beaches in recent years.

“We’ve been seeing a lot of dolphins and we’ve seen whales and we’ve seen stingrays,” Ms. Fash said. “You see a lot more, and the water is now like 73 degrees, so warm water brings the sharks in as well.”

If a beach is closed because of a shark, it most likely means the sighting was close to shore and the shark was swimming in shallow water, Ms. Fash said.

Just over the past week, there have been several shark sightings at beaches in Long Island, with one on Sunday at Lido Beach, PIX11 reported. There were also two reported shark attacks 11 hours apart on Wednesday, bringing the total number of shark encounters on Long Island to five in two weeks, according to The Long Island Press.

Earlier this month, a man may have been bitten by a shark while swimming at Jones Beach, also on Long Island, and officials stepped up patrols in response.

Shark patrols along Long Island’s coast also increased last year after sharks were seen more frequently feeding on fish close to swimmers. But experts have said that there isn’t real evidence that shark populations have increased and that the dangers posed by sharks are minimal.

Because of the recent sightings, Gov. Kathy Hochul directed an increase in patrols and surveillance on Monday along Long Island State Park beaches.