How to prevent premature graying

It’s the joy of one person and the nightmare of another. Gray hair that appears later in most people’s lives can appear prematurely.

This means that some people in their twenties begin to turn gray. And while they are accepted in good faith, most people want to get rid of them.

The only option is not to dye your hair. There are natural options for keeping your original color hair for a long time.
And it’s good to start with habit changes that help maintain the natural color of your hair and generally improve your health.

A filament that grows in the hair follicles under the skin. The head of abundant hair has a maximum of 110,000 hairs, and it is normal for 75 to 150 hairs to fall per day. 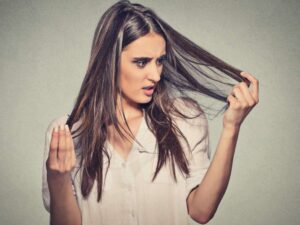 Fortunately, hair grows, but some medical conditions and accidents (such as burns) can prevent it from growing.
Hair is one of the characteristics of mammals, which is why it is not only humans that turn gray. Monkeys, dogs and cats also turn gray over time.

No Smoking. Among the many things that tobacco use can affect is hair follicle damage.

Protects hair from the sun. Exposure to the sun can cause your hair to burn, break, or lose strength.

Get enough nutrients. Vitamin B-12 helps maintain healthy hair and hair follicles at the base of the hair.
Z inc, iron and magnesium promote hair growth and help repair damaged hair. Fish and nuts are high in zinc. Lentils are an excellent source of iron. Dark chocolate, avocado and spinach are excellent sources of magnesium.

Do not wash your hair too often. The oil of the hair itself protects the hair from damage to the environment and also from the passage of time.

Don’t overdo it with the use of the product. The entire battery of gels, sprays, creams, and hair products can provide a special look, but abuse of these products can damage the structure of the hair.

According to SBDCnet’s report, gray hair, or the desire to get rid of it, makes a huge profit. That’s more than 20% of the total $ 20,000 spent each year at the hairdresser.

Why are we so scared to have white hair? Indeed, it’s not a scientific reason, but a lack of pigmentation that affects hair cells and causes them to lose their original color.

Home remedies to prevent the appearance of gray hair

Eat food with the enzyme catalase. For gray hair, this enzyme prevents depigmented cell damage that whitens the hair. It is found in almost all foods, but more focused:
• garlic
• cauliflower
• Kale
• Broccoli
• Almonds
•yam 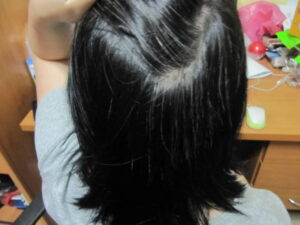 Honey and ginger. The combination of both products creates a powerful antidote for premature gray hair due to its nutritional value.

Curry leaves. These leaves can be mixed with hair oil and massaged onto the scalp. This combination helps prevent the appearance of gray hair.

copper. Studies show that low levels of this metal in the body can cause premature gray hair. Some foods that contain a significant proportion of copper:
• Cow liver
• lentil
• Almonds
• Asparagus
• Dark chocolate 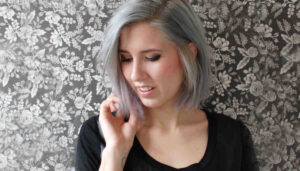 Researchers have discovered a gene called IRF4 that has been identified as the cause of gray hair. This is already known to affect each person’s hair color, but the role of “pulling gray hair” was previously unknown.

Gray hair appears when you lose a substance called melanin that causes hair color. A deeper understanding of the role this gene plays in this process will help develop new cosmetological treatments that change hair color from hair follicles and stop or block the action of the gene.

During the work, the genes and hair composition of volunteers from Brazil, Colombia, Chile, Mexico and Peru (45% male and 55% female) with ancestry in Europe, Latin America and Africa were investigated.

Oxidative stress and the appearance of gray hair

Oxidative stress is the lack of balance that occurs when there are not enough antioxidants to counteract the effects of free radicals.

Antioxidants are cellular components that promote cell health and youth, while free radicals are unstable molecules that contribute to disease and aging.

Other causes of premature gray hair

Gray hair is inherited in the same way that hair color is inherited from the eyes. However, not all are 100 percent genetic, as they can appear at different times in life. In addition, there are other factors that affect the appearance of gray hair.

Thyroid. Hair is dramatically lightened by a disorder of the thyroid gland, which is located on the neck and produces hormones that control everything from calorie consumption to heart rate, as described in Merck’s Home Healthcare Information Manual. quickly.

Vitiligo This autoimmune disease is caused by the destruction of pigments produced by melanocytes that give color to the skin and hair. As a result, white spots are formed on the body and gray hair is formed on the head.

Vitamin 12 deficiency. As mentioned earlier, one of the consequences of this lack of nutrients that nourish the cells of the body is causing the early appearance of gray hair. Vitamin B12 is found in meat and dairy products, but especially in fruits.

Anderson Cooper. Anderson Cooper, CNN’s presenter, son of Gloria Vanderbilt, is in her 50s and has gray hair since the age of 20. He is an avid defender of nature’s decisions. ..

Marie Antoinette (1755-1793). She was the wife of Louis XVI in France. The story is within hours of her greying overnight and dying in the guillotine, the victim of the early French Revolution. To be precise, Marie Antoinette Syndrome defines the sudden appearance of gray hair.

Jamie Lee Curtis. The actress is one example. She has been “tall” gray since she was young, and as mentioned in various interviews, the best form of beauty is to accept how it is expressed at different stages of life. ..
All manifests are synonymous with maturity and elegance for men and old age for women in the eyes of society.