How to Become a Voice-Over Artist from Home 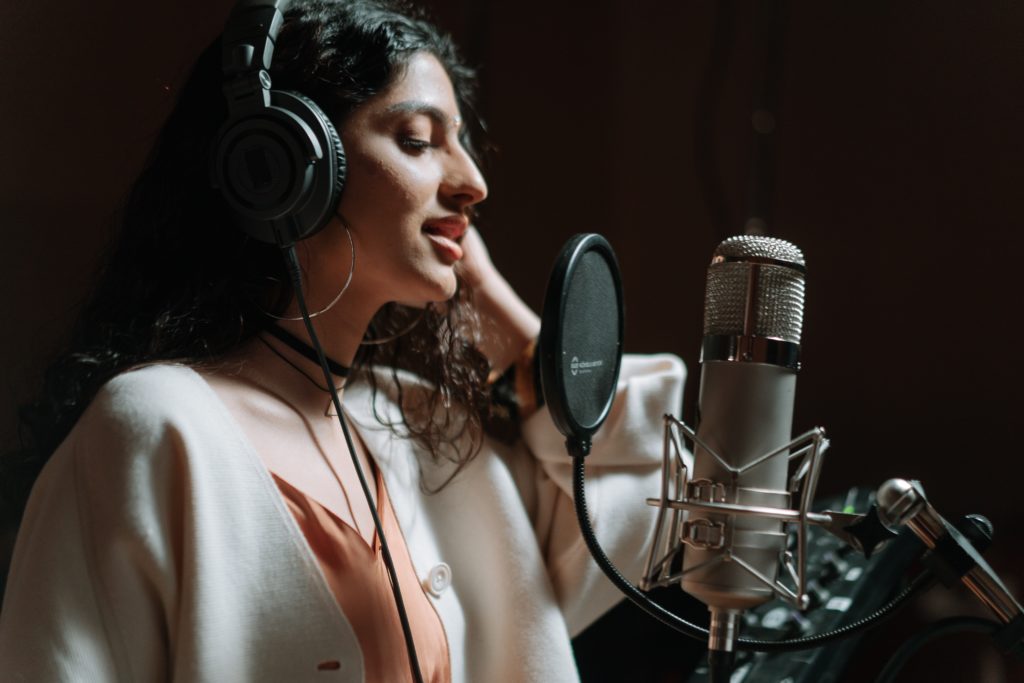 Becoming a voice-over artist for a professional project doesn’t have to be a distant dream. Want to become the captivating voice of a promising ad campaign? Do you suppose you’re a worthy speaker with a clear and distinctive voice? Then look to the Voquent platform for the best solution in finding voice-over experience within the creative industries.

The Voquent network makes it possible to become a voice-over artist from home without wasting time on interviews and having appointments with potential employers. It’s even free to sign up! You’ll cooperate with representatives from multiple areas who will offer you beneficial projects to participate in. If you’re a well-trained actor and have experience in broadcasting, impressions, and characters, you’ll have greater chances of being shortlisted for a role.

With Voquent, you can be hired to promote and sell products and services, educate and explain particular notions and processes in online content, or entertain listeners and audiences worldwide. Sign up and upload your voice demos to be discovered today.

If you’re a talented narrator with a melodic, textured, and engaging voice pattern and believe that you can add value to the project and attract more users, Voquent is here to help. Being at home, you can record the demo audio of your voice and upload it on the Voquent platform for producers, marketers, and casting directors to notice your charisma.

If you have prior experience in voice-over, you can lend your voice to advertisement promos, audiobooks, or video games. You can also help businesses create B2B videos and presentations. The area of your professional voice-over involvement can be different, starting from marketing and economics direction to TV and character-driven projects.

Despite most voice-overs being recorded in studios, creating a remote voice-over career at home with the right recording equipment is possible. Thus, at-home recording is a comfortable option with many benefits for voice-over artists in this industry. It gives you the freedom to choose your schedule, which you can update on the platform.

How to Start Your Voice-Over Career

Whether you’re an experienced actor or just starting out, you can build your experience significantly with success on Voquent. Just follow these hints to promote your voice on the platform:

Whatever your nationality, age, gender, and occupation – on Voquent, we supply voice-over services in every language with a range of talent. So, if you’ve got what it takes to become a voice-over artist, join the Voquent voice-over platform to get started today.

Digital marketing involves the promotion of products and services through a variety of digital channels, using the internet and mobile technology. 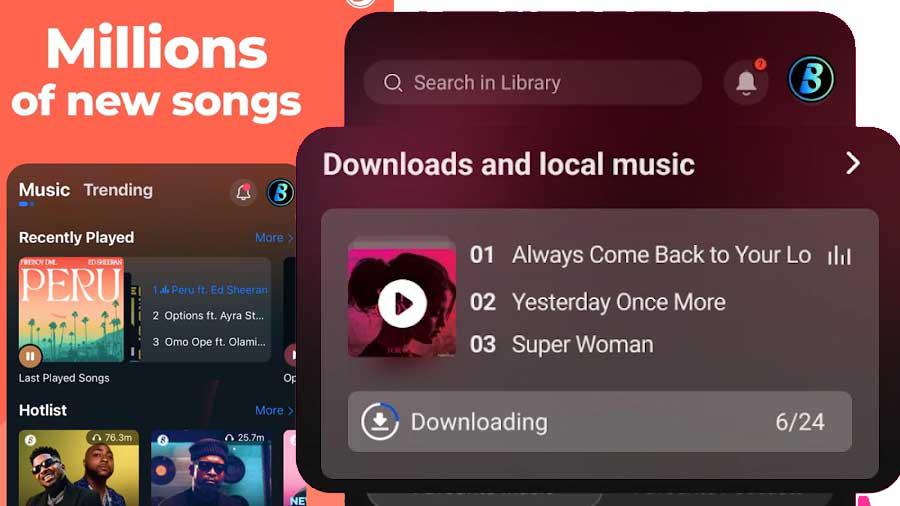 Music has always been close to our hearts. From lullabies when we were babies, to rock, pop, classic, and other genres in our adulthood, music has always been a part of our lives. ‘Music is your escape’ is something we all would agree on. Research also shows that music helps to stimulate one’s brain and allow one to feel a sense of relaxation, relief, and also get rid of pain.

Ever wondered why we have been so close to music? Even when you’re in a good mood, sad mood, going through a breakup, at the gym, travelling, music will always keep you company and help lift your spirits up. It also helps reduce blood pressure and help one to control one’s emotional roller coasters. It wouldn’t be wrong to mention that none of us could go a day without listening to some music.

Does not mind which genre it is, music can always sooth you if that is what you enjoy. Birthday’s, get-together’s, anniversaries, hangouts, no matter what the occasion is, some music would indeed make it better. For all of us to enjoy extraordinary music from around the world, Boomplay has been developed for all android users for absolutely free! Boomplay guarantees 100% satisfaction for all users because of its extraordinary features and functionality.

The app comprises of more than 80 million hits of different genres from all around the world! You can stream or even download your favourites and create your very own playlists, so you can enjoy them even when you are offline, travelling, stuck in school, work, or anywhere around the globe. Boomplay will indeed know what you love and suggest all of the greatest recommendations of music that you will only love.

The app can be absolutely personalised for your taste so all you got to do is install the app and keep grooving to your favourites. You can also search and play songs from the top artists such as Aslay, Omah Lay, Stonebwoy, Zuchu, and many others. If you love spiritual songs, then again Boomplay apk is the ideal app for you because you can enjoy all of the best hits from Christian & Gospel, and many more.

You can also help and support your favourite artists to get to the top by commenting, sharing, and interacting with their music on the app itself. Boomplay is not your ordinary music app because it also comprises of many other features such as making new and fun friends on the Buzz community, Staying in touch with sports, entertainment, lifestyle, and other. The BoomMall comprises of a vast range of products to choose from so you can shop at the comfort of your very own fingertips. The app also comprises of many games you can enjoy from!

Boomplay is indeed the legitimate destination for all your entertainment needs. All you got to do is install the app and keep grooving to your favourites from anywhere around the world. Boomplay, the one app you would absolutely love.

No need to use YouTube to listen music. You can use Boomplay on your TV. Use AppLinked or FileSynced app to install Boomplay apk. First download and install AppLinked apk. Then find popular AppLinked codes and access those stores. You will be able to find this application on one of those stores for free. There other TV app stores like UnLinked and Aptoide TV. Feel free to try those too.

The Artist – Jim Dine, all you need to know 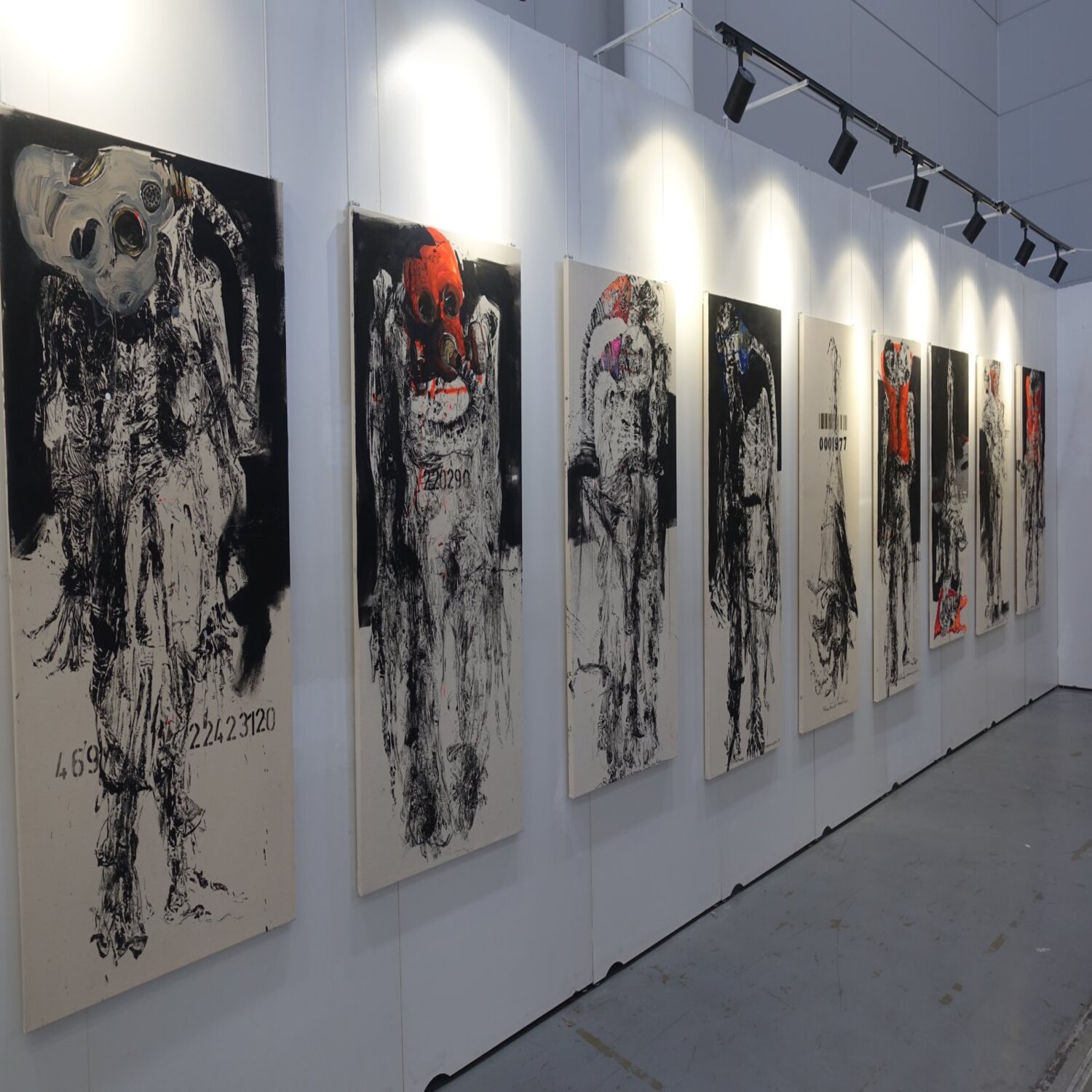 Jim Dine is one of the most popular American artists to live on this planet. He has worked in a wide range of mediums throughout the course of his career, including painting, performance, drawing, poetry, printing, book design, sculpture, photography, and more. His pictures of tools, large-scale nudes, self-portraits, and studies from nature and after antiquity are among the most beautiful and accomplished drawings of our time. His work has been included in several solo and group exhibitions and is held in the permanent collections of institutions all around the world.

Dine emerged to prominence in the early 1960s, when his name became synonymous with pop art both domestically and internationally. His connection with pop’s cool demeanor, on the other hand, was a shaky one. He consistently favored the emotive and handcrafted above the emotionless and mechanical images with which he had a personal connection. In 1966, the artist remarked, “Pop is preoccupied with exteriors.” “I’m worried about the insides.”

Jim Dine was born in Cincinnati, Ohio, in 1935. His mother died when he was twelve, and he moved to live with his maternal grandparents shortly after. Dine spent his childhood working in his grandfather’s hardware business, where he learned to appreciate the beauty of hand tools. It’s hardly unexpected, however, that they would subsequently become a motif for him. “They seemed right…like relatives…as if their last name was Dine,” Dine says of his choice of tools as a subject.

In 1958, he moved to New York after graduation. He then teamed up with Allan Kaprow and Claes Oldenburg to produce a theatrical performance as an art intervention. The three of them pioneered “Happenings” in cooperation with musician John Cage. It was frantic performance art that contrasted sharply with the sombre tone of the popular New York expressionists. The Smiling Worker was their debut production, which took place in 1959.

Dine graduated from Ohio University with a B.F.A. in 1957 and participated in the university’s graduate programme the following year. However, in 1958, he relocated to New York, where he got acquainted with artists whose engagement in Happenings and art settings had a significant impact. In 1960, he received his first public recognition when he showed The House at the Judson and Reuben Galleries in lower Manhattan, together with Claes Oldenburg’s The Street and four short Happenings.

Making his way into arts

In the early 1960s, Dine’s popularity surged. In the early part of that decade, he mostly worked on paintings and mixed-media assemblages, although he never ceased sketching. Dine almost entirely resorted to sketching as he updated his creative objectives throughout the 1970s. Beginning with alterations suggested in tool drawings and collages in the early 1970s, the medium had a critical part in the metamorphosis, culminating in the drastic move to life drawing in 1974. Dine’s repertoire of expression still includes sketching thirty years later.

Jim Dine’s contribution to modern art is his most well-known accomplishment. He is a poet and a pop artist from the United States. His contributions to the creation of Conceptual Art “Happenings” and Pop Art are two of his most important works. Dine is frequently assumed to be associated with the Neo-Dada movement.

Dine eventually gave up his musical career to devote his time and efforts to painting. He began to sketch, adding Pop sensibility from pictures and commercial products into his work. However, his position on the movement’s allegiance remained unaltered. In 1962, he produced a large amount of artwork, which helped to elevate his status as an artist. His work was compared to that of Andy Warhol, Roy Lichtenstein, Robert Dowd, Phillip Heffernan, and others of his generation. Walter Hopps produced the important art show New Painting of Common Objects at the Norton Simon Museum, which included his work among these artists. That art exhibition was deemed historic since it was the first Pop Art exhibition in the United States.

During a period of socio-political turmoil in the country, those pop musicians pioneered an artistic movement that startled everyone. In reality, the modern art scene was radically transformed by the art movement. Dine began experimenting with the attaching of objects on canvass in the 1960s. Those items are recognized to be autobiographical in nature. On the canvass of His Job #1, genuine things such as paintbrushes, cans, a piece of wood, and a screwdriver are shown. It is one of the most well-known examples of Pop Art.

Dine was unimpressed with his work, despite the fact that it garnered him financial success and critical praise. According to the occurrence, Robert Fraser’s gallery in London showed his art, which was confiscated by the authorities in a search due to its obscenity, and Fraser was fined. Dine relocated to London after the event, and Fraser continued to promote his works.

In the 1970s, when he returned to America, he created a series of drawings. Later, his art was shown at The Pace Gallery. The Virginia Museum of Fine Arts also purchased six of the artworks. He was also a jury member for the VMFA’s “The Next Juried Show.” While on the road for an exhibition, Sarah. R. Lafferty created Jim Dine: Drawings 1973– 1987, a book based on his work. If you are a person who loves the paintings of Dine, you can think about spending your money to buy them.