How parsley the minty herb is a great neoplastic terminator 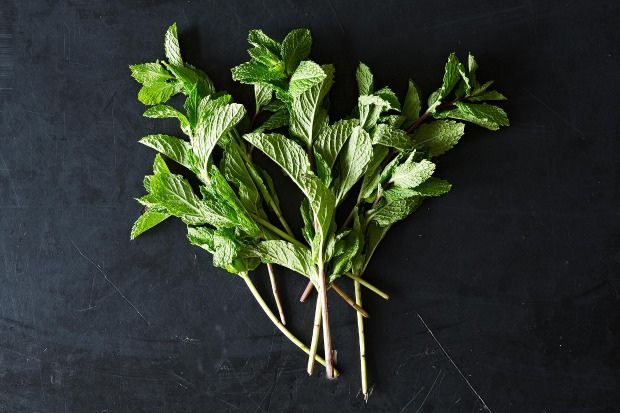 Petroselinum  Crispum stands for the binneal herbs: Parsle; that originated in the middle east, but naturalised all over the world. It is grown widely in the tropical and the subtropical countries in wide ranging temperatures with adequate irrigation. It is very much used as a garnishing ingredient for its fresh minty flavor in culinary preparation.

Apart from being a great garnishing herb, it is a strorehouse of many polyphenolic compounds, flavonoids, vitamin A, vfitamin K and folates. Folate is one of the components chemical in the Vitamin B complex. This compound prevents cancer due to anti oxidant properties and other chemicals of polyphenolic nature, reduces the chances of diabetes.

Myrecetin and Luteolin, 2 flavonoids found in parsley play an important role in the prevention of cancers and tumors. Cancers are caused due to unrestrained replication of the cells with faulty DNA. DNA, genetic material is found in the nucleus of the cells. The cell have membranes that are made of lipo proteins. The lipids in the membranes are attacked by the free radicals and cause the destruction of the cell membranes and this is lipid peroxidation.

The fatty acids easily react with free radicals with free oxygen and free nitrogen. After generation of the fatty radicals which are not quite stable, the end products react with oxygen atoms to saturate itself, thus forming peroxides of lipids. Sometimes, due to the excess of the free radicals in the system, the reaction continues to a great extend, however, there are anti oxidation vitamin E and vitamin A that try to terminate the oxidation by combining itself to the free radicals and stop the damage to the cell membranes.

It may be noted that stopping the peroxidation reaction may not be simple solution in the first place. The end products of the peroxidation that are generated will come to haunt. Malondialdehyde and 4 hydroxynonenal, 2 aldehyde products have major potential to cause a major concern for the system. This combine with the DNA proteins  like deoxyadenosine and deoxyguanosine which completely disrupts the normal structure of the DNA. These are carcnogenic mutations that will cause tumors when allowed to replicate.

How myrecetin works against cancer?

Myrecetin, the polyphenol of the parsley causes the trapping of the free radicals thus protecting the lipid peroxidation, thereby preventing the generation of the mutagenic lipid oxidation by products. Myrecetin works within the tumors propagation mechanism causing death to the cells with defective DNA.It works with the oncoproteins, protein kinase B to stop the neoplastic transformation of the cells. Moreover, myrecetin acts on the cell cycle and stops the mitotic division of the cells.  As the tumorous cells fail to multiply, the tumor growth gets arrested. The chemical helps in the stoppage of the shifting the site of the cancer to other sites of the body through its anti-metastasis action.

How does Luteolin work against cancer?

Like myrecetin,luteolin also exerts anti cancer action on the neoplastic cells; the cells that have undergone abnormal growth. Luteolin acts with the reactive oxygen species and traps those radicals, thus preventing them from damaging the cell membranes through lipid peroxidation.

Luteolin supports the anti-cancer protein P53. this protein checks for the faulty replication or defects in the DNA strands. Either it stimulates the mechanism for the repair of the DNA or initiates apoptosis or cell death. This process kills of the tumor in the first place.

Best way to take parsley and a word of caution

Parsley could be taken raw with salad or with soup. Its minty flavor is refreshing and acts well as a garnishing agent. Excess consumption of this herb may cause indigestion. In exteme cases it can cause anemia and kidney failure. 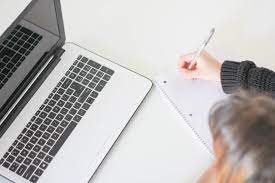 Why are real Avaya 78200X exam questions important? The Avaya 78200X certification exam is designed to test the candidate’s knowledge and understanding of Avaya’s products and services. It covers a wide range of topics, including Avaya’s solutions for contact centers, unified communications, and data networking. The exam is known to be challenging and covers advanced topics that require a thorough understanding of Avaya’s technology.

Getting real Avaya 78200X exam questions is important for several reasons. Firstly, it provides an insight into the type of questions you can expect to face in the actual certification exam. This allows you to identify your strengths and weaknesses and focus your preparation on areas that need improvement. Secondly, real Avaya 78200X exam questions are often updated with the latest information and technology, which ensures that you are preparing with the most current and relevant material.

Where can you find real Avaya 78200X exam questions? There are several resources available online where you can find real Avaya 78200X exam questions. Some of these resources include online forums, study groups, and online courses. These resources are often maintained by experienced Avaya professionals who are familiar with the certification exam and can provide valuable insight and guidance.

Another option is to use practice exams and study materials that are specifically designed for the Avaya 78200X certification exam. These resources are available from several providers and often include real exam questions, detailed explanations, and performance tracking tools to help you monitor your progress. 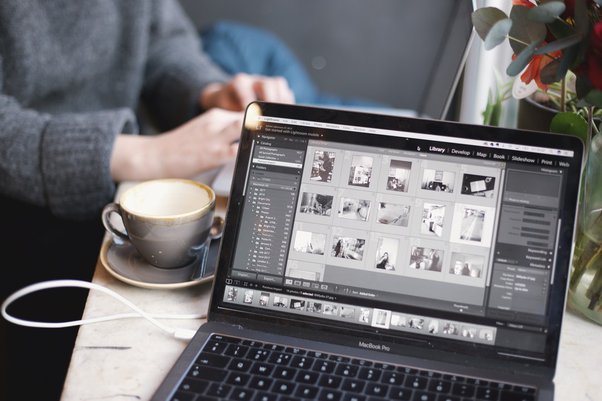 The Juniper JN0-1302 exam is an industry-recognized certification for network engineers who wish to demonstrate their skills and knowledge in Juniper networking technologies. This certification is considered an intermediate level exam and focuses on the Junos operating system, networking concepts, and security protocols. The JN0-1302 exam is a stepping stone for those who are looking to advance their careers in the field of networking and become Juniper certified professionals.

To prepare for the JN0-1302 exam, it is important to have a solid understanding of Junos OS and the Juniper Networks technologies it supports. Some of the topics that are covered in the exam include routing protocols such as OSPF and BGP, firewall policies and VPNs, and network security concepts like intrusion detection and prevention. It is also important to have hands-on experience working with Juniper networking devices.

To get the most out of your exam preparation, it is recommended that you use a combination of study materials, including textbooks, online training courses, and practice exams. There are many resources available online that can help you prepare for the JN0-1302 exam. Some of these resources include online training courses, study guides, and practice exams.

One of the best ways to prepare for the JN0-1302 exam is by using real exam questions. These questions provide a realistic simulation of what you can expect to see on the actual exam and allow you to test your knowledge and understanding of the material. It is important to use real exam questions that are up-to-date and accurate, as the JN0-1302 exam is constantly evolving to keep pace with the latest technological advancements.

When preparing for the JN0-1302 exam, it is also important to practice time management. The exam is two hours long and contains 65 multiple-choice questions. It is important to pace yourself and manage your time effectively during the exam to ensure that you are able to complete all of the questions and answer them to the best of your ability.

Once you have completed the JN0-1302 exam, you will receive a score report that will indicate whether you have passed or failed. If you pass the exam, you will become a Juniper certified professional and will be recognized by organizations and employers as a knowledgeable and skilled network engineer. If you do not pass the exam, you can retake it after a specified period of time has passed.

In conclusion, the JN0-1302 exam is an important step for those who are looking to advance their careers in the field of networking. To prepare for the exam, it is important to have a solid understanding of Junos OS and the Juniper Networks technologies it supports, to use real exam questions, and to practice time management. By following these steps, you can be confident that you will be well-prepared for the JN0-1302 exam and will have the knowledge and skills necessary to succeed as a Juniper certified professional. 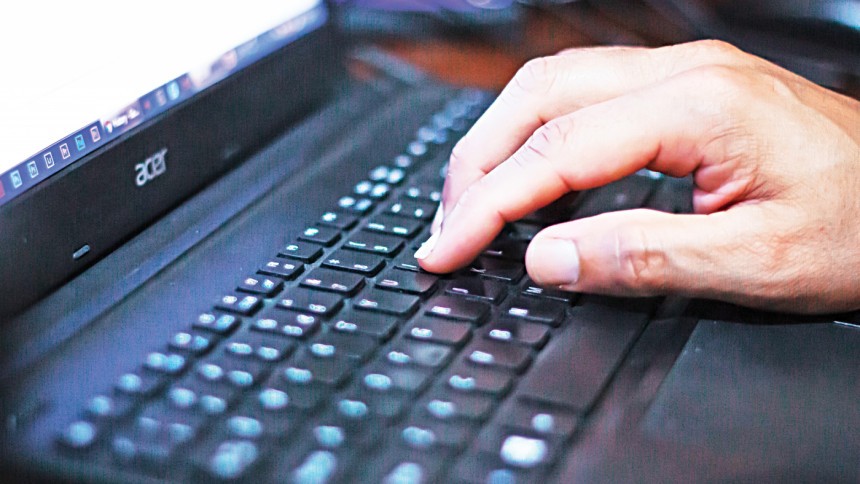 QlikView is a powerful data visualization and business intelligence platform that has become increasingly popular in recent years. The QlikView 12 Business Analyst (QV12BA) certification is designed for individuals who have a deep understanding of the QlikView platform and how it can be used to solve real-world business problems. The certification is highly valued in the industry, and it can help individuals stand out in the competitive job market. In this article, we will provide you with real Qlik QV12BA exam questions to help you prepare for the certification exam.

What is the QlikView 12 Business Analyst Certification Exam?

The QlikView 12 Business Analyst certification exam is a performance-based test that measures an individual’s ability to use the QlikView platform to solve real-world business problems. The exam is designed to test an individual’s understanding of data analysis, data modeling, data visualization, and other critical skills. The exam is based on QlikView version 12 and covers a wide range of topics, including creating and managing data models, creating and deploying dashboards and reports, and using advanced features of the platform.

The certification exam is divided into two parts. Part one is a written test, which consists of multiple-choice questions and covers a wide range of topics related to QlikView. Part two is a hands-on test, where the candidate must demonstrate their ability to use the platform to solve real-world business problems.

Why is the QlikView 12 Business Analyst Certification Important?

The QlikView 12 Business Analyst certification is important for several reasons. Firstly, it demonstrates that an individual has a deep understanding of the QlikView platform and how it can be used to solve real-world business problems. This can be an important factor for businesses when considering job candidates, as it shows that the individual has the skills and knowledge needed to effectively use the platform.

Finally, the certification provides individuals with the opportunity to learn new skills and knowledge that they can apply to their current role or to future career opportunities. This can help individuals stay up-to-date with the latest advancements in the field and improve their overall career prospects.

Here are some real Qlik QV12BA exam questions that you can use to prepare for the certification exam. These questions cover a wide range of topics related to the QlikView platform, including data analysis, data modeling, data visualization, and advanced features of the platform.