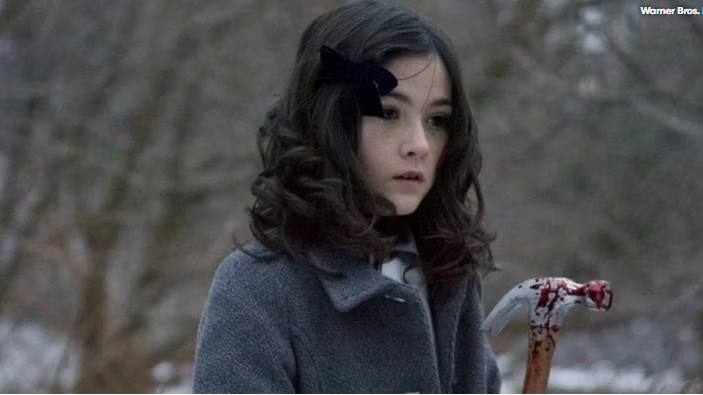 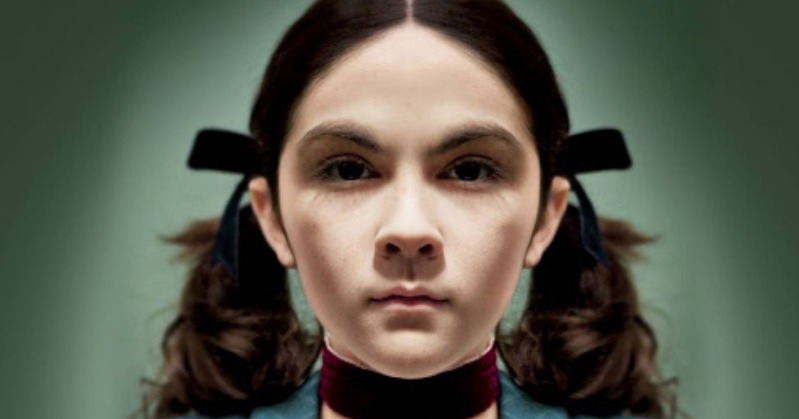 The 2009 horror movie gave real-life nightmares to a couple when they found out that their adopted daughter is an adult woman masquerading as a child. She attempted to kill them. The situation was so grave that they had to leave Indiana and fled to Canada to save their lives.

Indeed, the horror movie turned into real-life horrors for the couple. 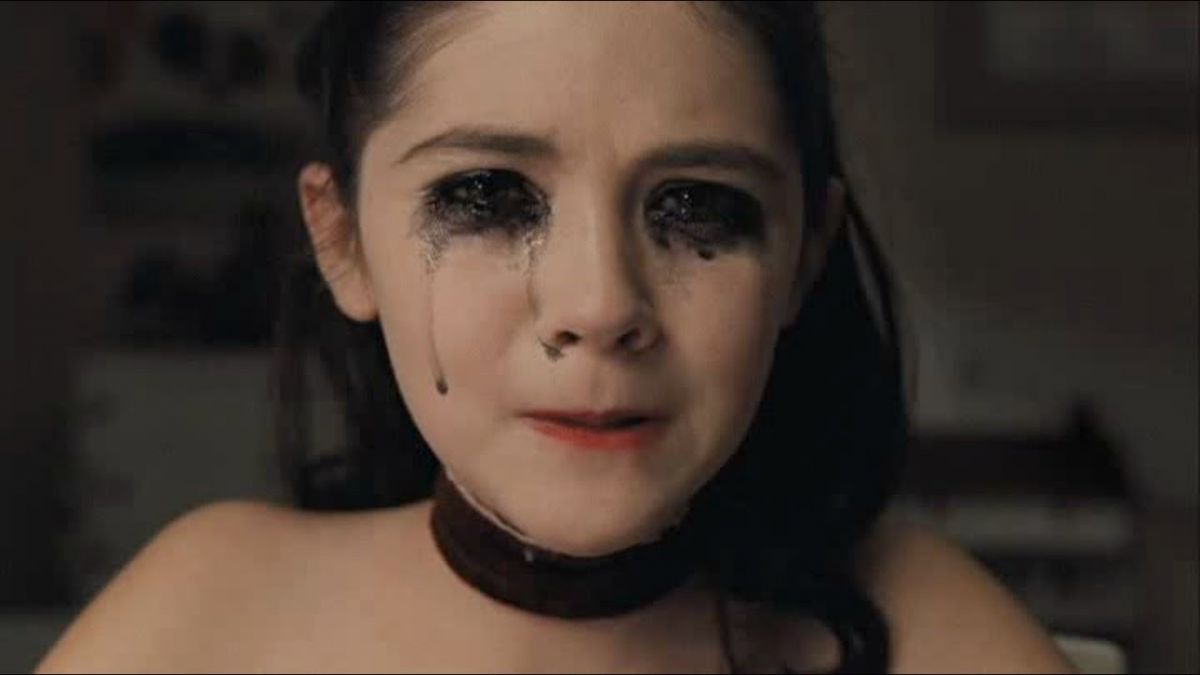 Now, according to a report on Entertainment Weekly, the movie is getting a prequel titled Esther. Will it narrate the story Esther, the Russian girl who was adopted in the original movie? 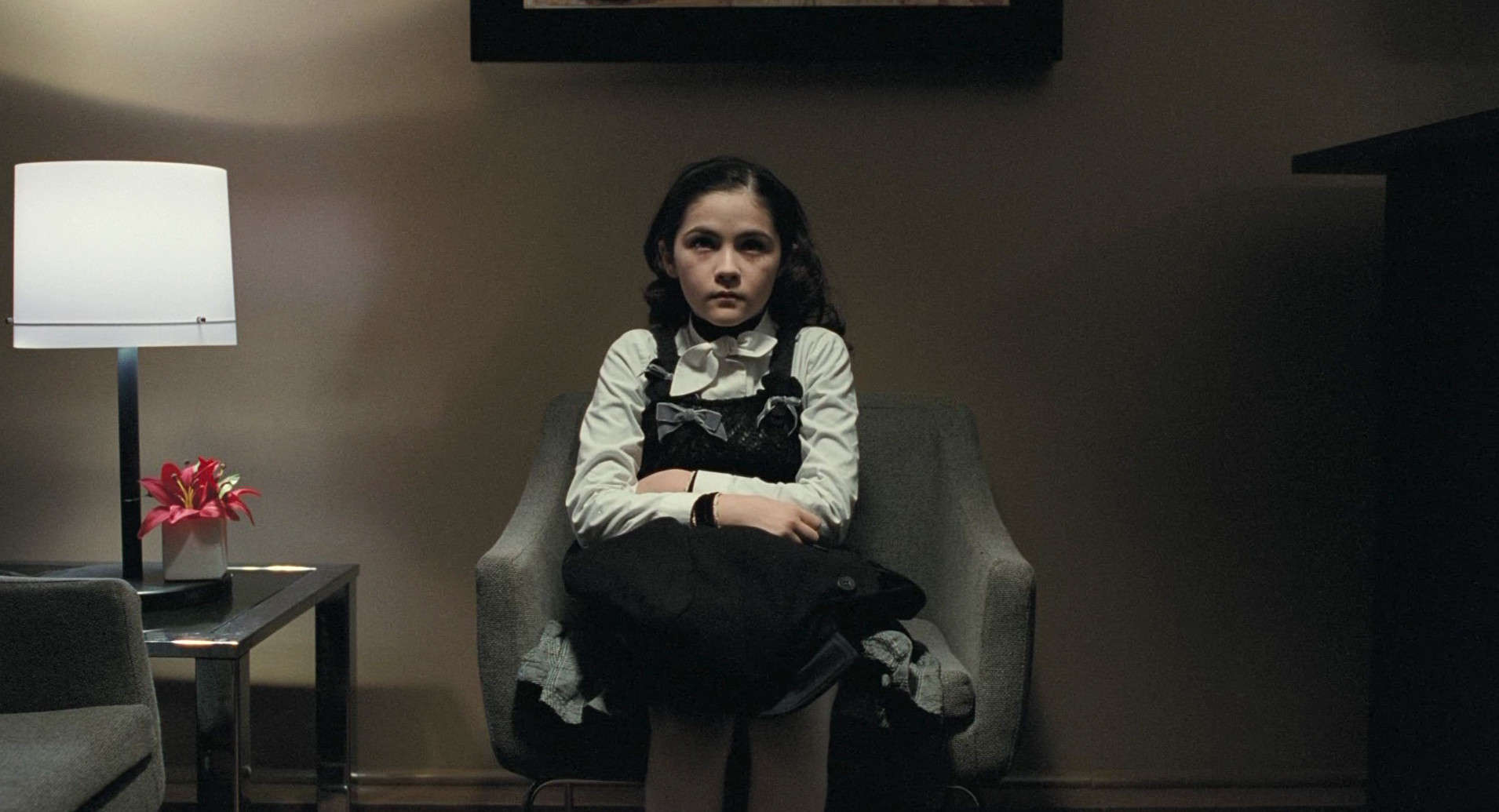 The official description of the movie reads:

“Lena Klammer orchestrates a brilliant escape from a Russian psychiatric facility and travels to America by impersonating the missing daughter of a wealthy family. But Lena’s new life as “Esther” comes with an unexpected wrinkle and pits her against a mother who will protect her family at any cost.” 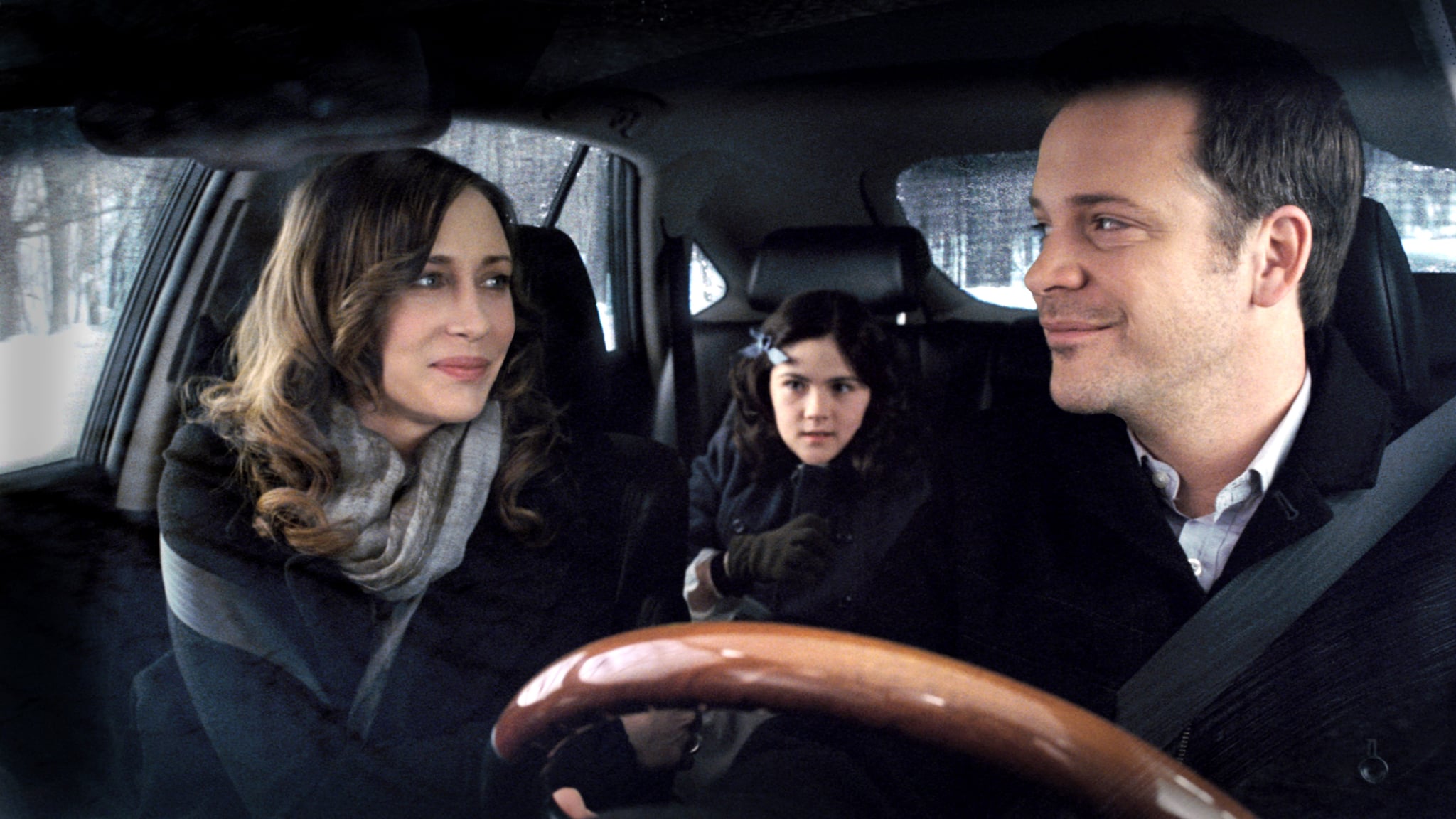 For the unversed, Orphan that seemingly inspired a woman to portray herself as a kid and attempt to kill a couple who adopted her, is based on real-life woman named Barbora Skrlová. 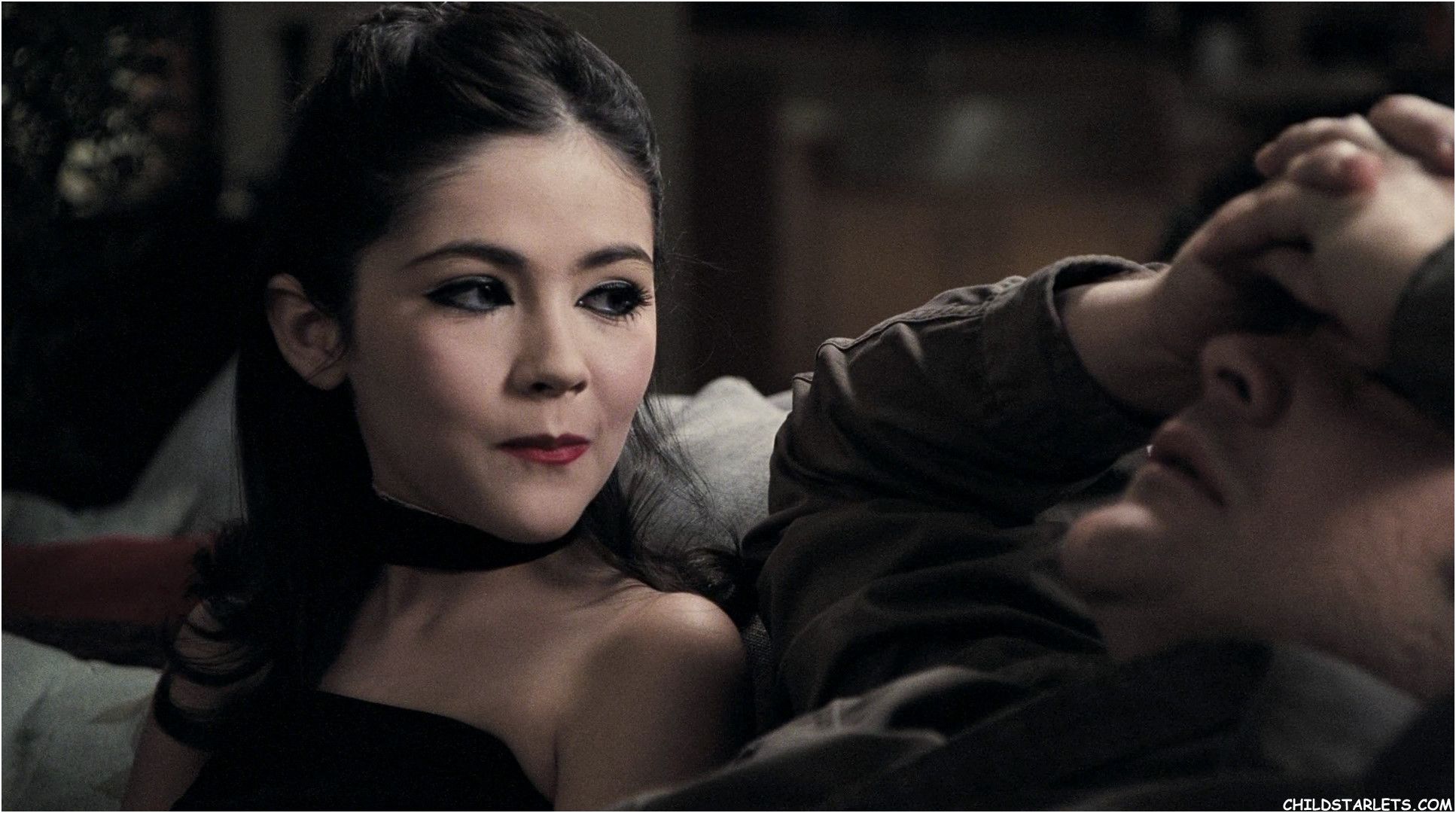 Even after so many years, Barbora Skrlová remains to be fugitive from justice. She was adopted by Klara Mauerova, who already had two kids Ondrej and Yakub. After Klara got seperated from the father of the two kids, she was depressed. That’s when she adopted Barbora Skrlová, a 33-year-old woman who looked 13-year-old girl because of a disease called hypopituitarism. 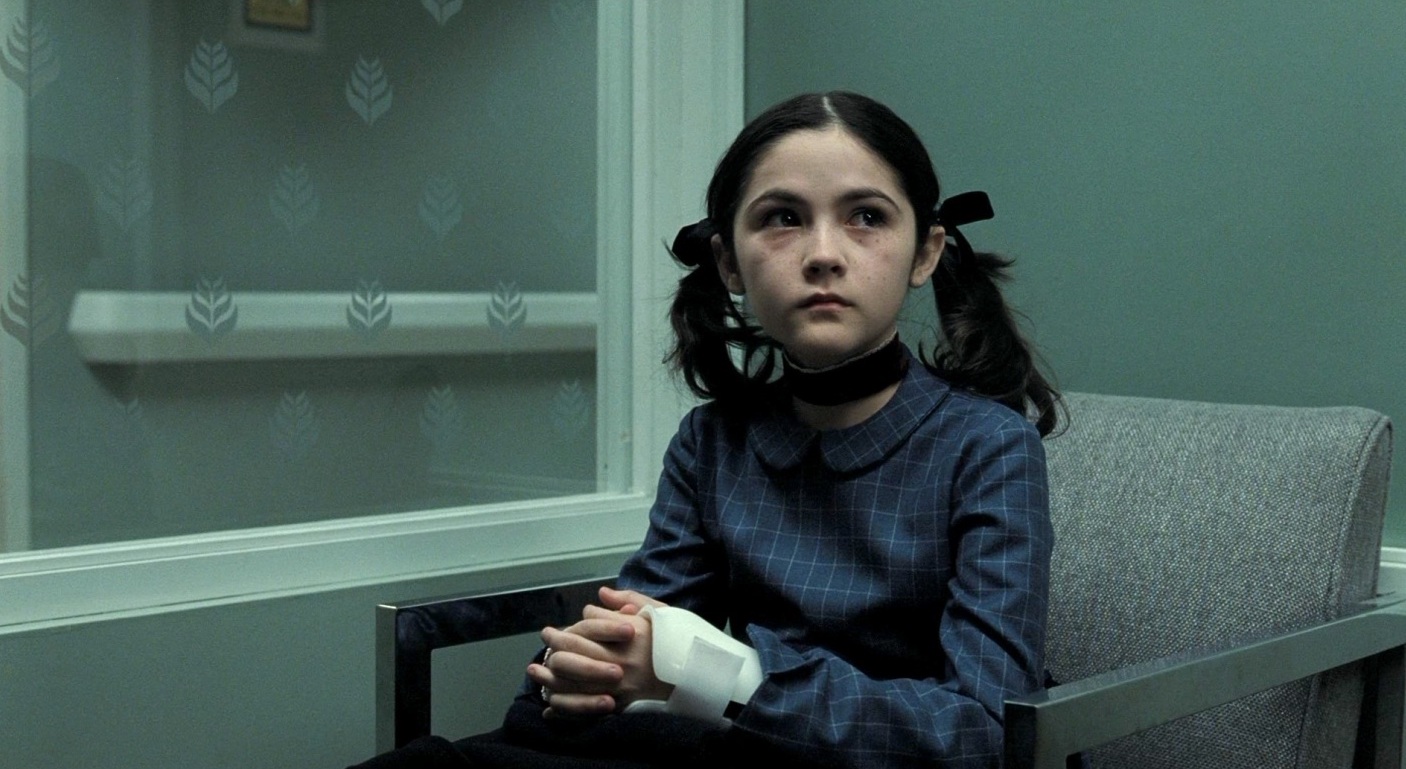 Barbora Skrlová was hospitalised in a psychiatric centre for years before she met Klara. She convinced Klara that her kids didn’t love her or accept her as their sister and that they misbehaved with her. She convinced them to give severe punishment for their misbehaviour. So much so, that she locked the boys in a cage in the basement for months.

ALSO READ  The Top 10 Christmas Movies To Watch This, And Every, Holiday Season

While the boys were tortured and beaten, Barbora enjoyed watching this. 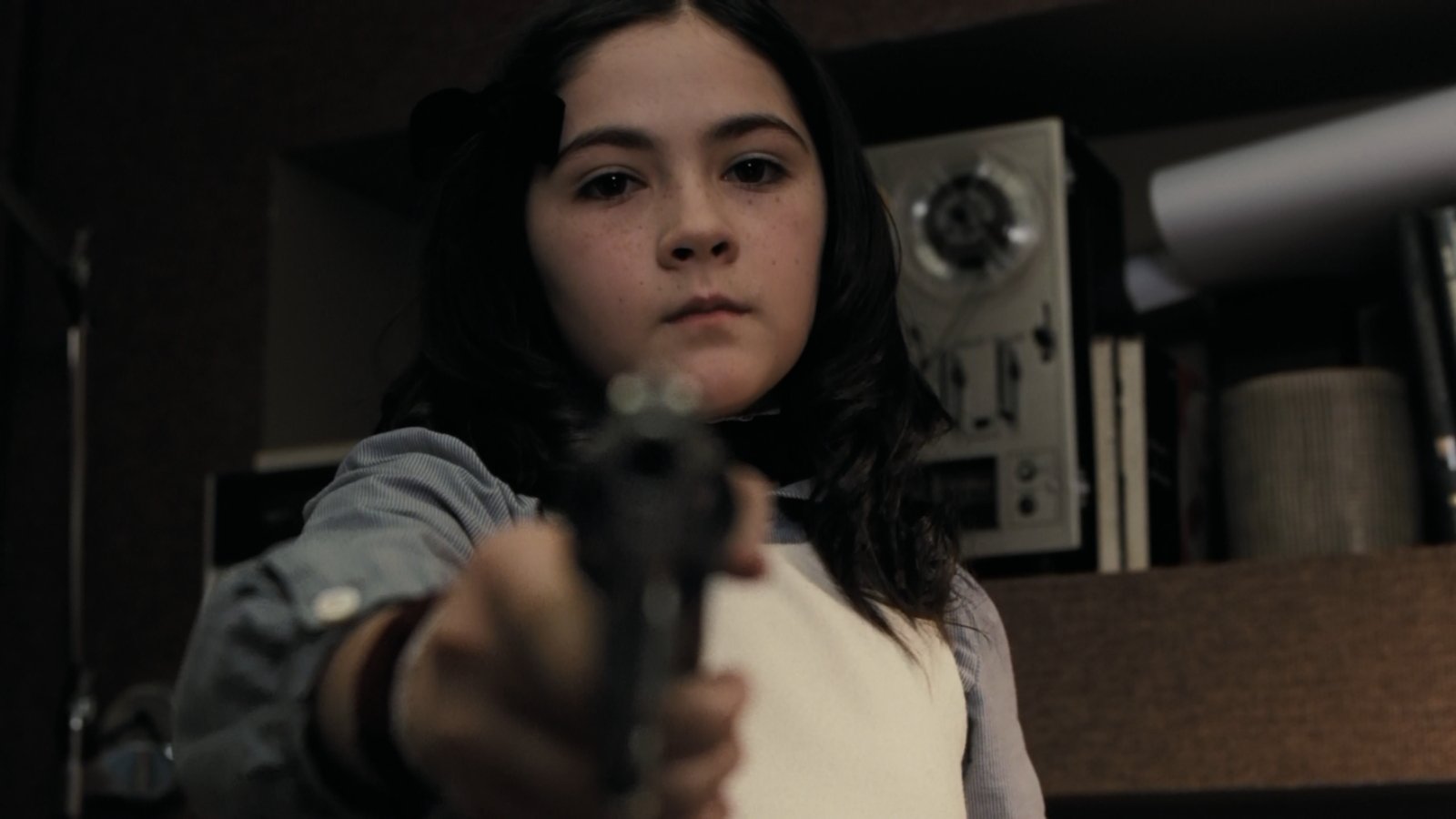 When a neighbour discovered this, the cops were called who them discovered that the two boys were kept in the cage.

She tried to convince the cops that her name was Anika and that she was adopted by a woman who enjoyed abusing her kids. She was then sent to a children’s home from where she escaped the same night. 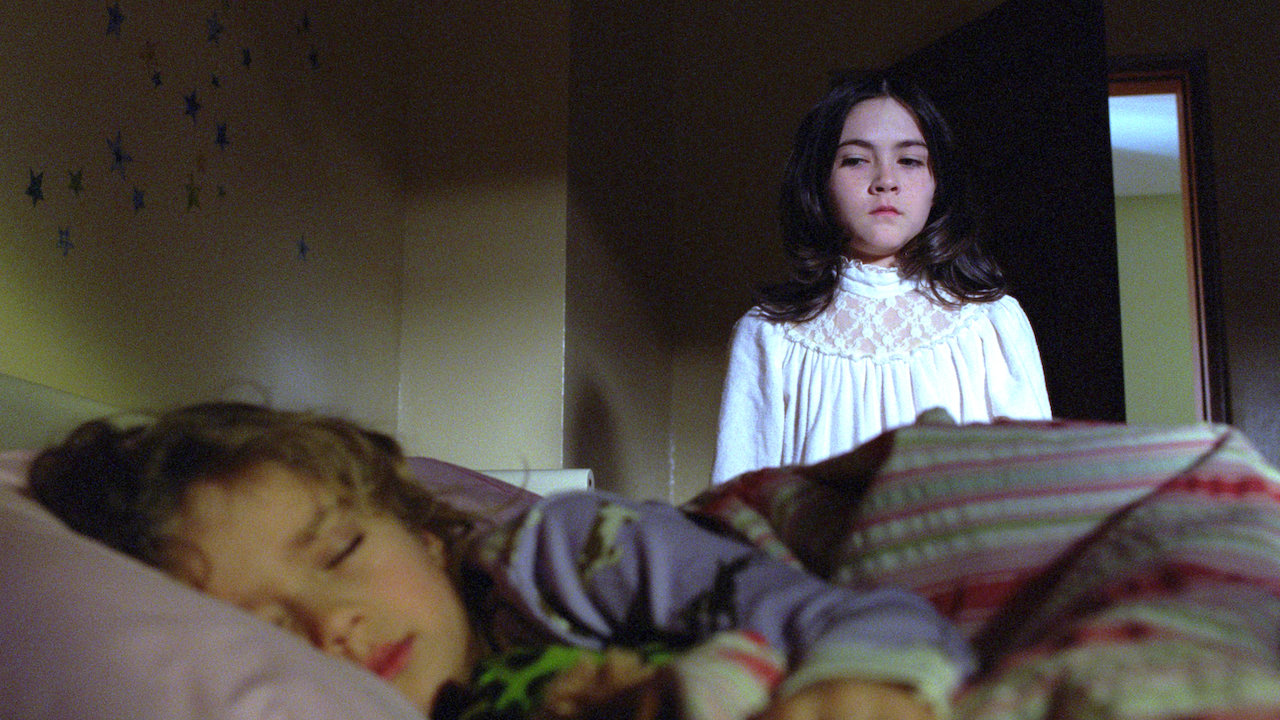 She then posed as a boy and started living with a family before she escaped from there as well. The whereabouts of the Barbora are currently unknown.

Barbora Skrlová: The woman who inspired the movie Orphan 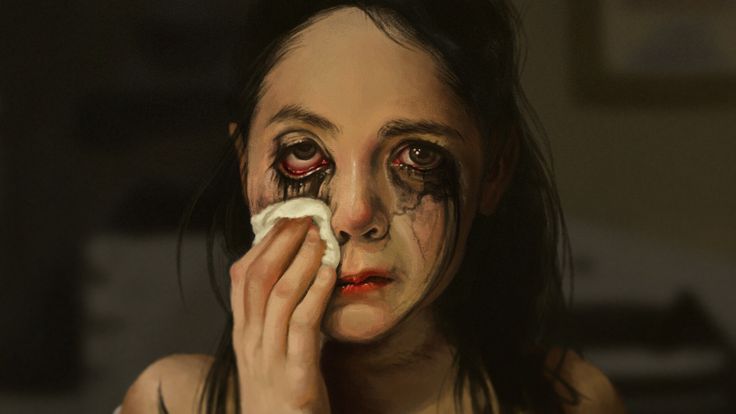 We are about to share with you the frightening real story of Barbora and the sisters Mauerova , who inspired the plot of the 2009 movie, Orphan.

You are not going to believe how terrifying the real-life story actually is.

Barbora Skrlová is the real Esther 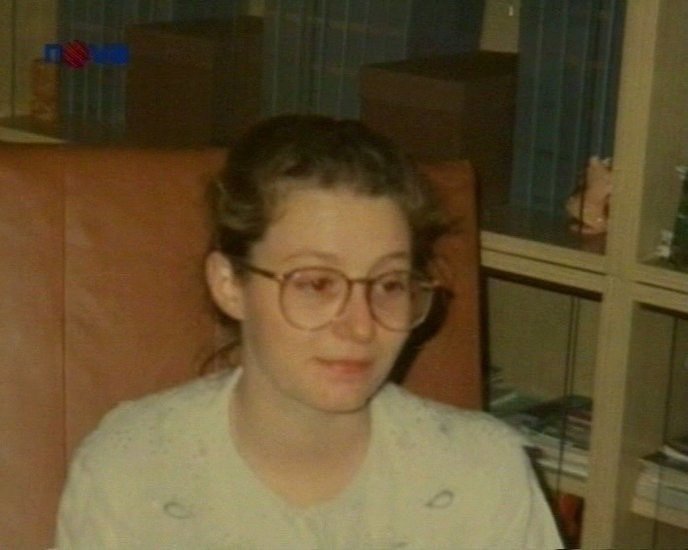 Barbora Skrlova, a 33-year-old woman on the run from Czech investigators, was arrested this week in Norway for pretending to be “Adam,” a 13-year-old boy. Czech authorities sought her for questioning in another case, not as a suspect; and it still isn’t clear whether she’s an accomplice or a victim.

The “Orphan” real story gives more fear than the movie 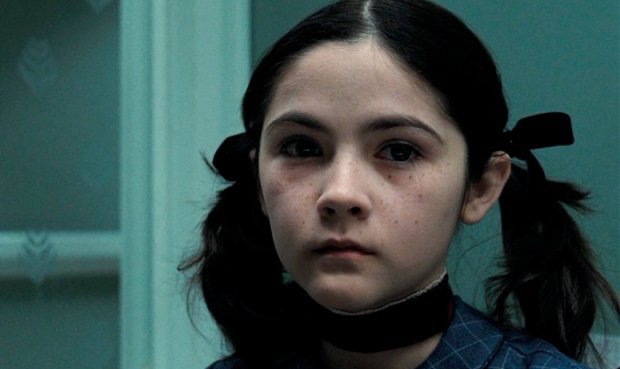 In 2009 the horror film directed by Jaume Collet-Serra and written by David Leslie Johnson, Orphan, made many of us not wanting to sleep without thinking about that creepy girl who, taking advantage of her strange disease, acted as an innocent child and then unleash her hatred against humanity.

Who was The Orphan in real life? 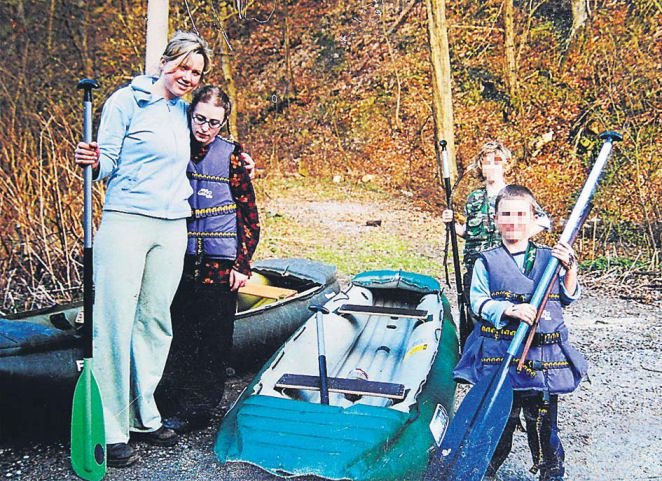 Nobody would have ever thought about something like this could ever happen. Let’s get to know who was the woman who inspired this frightening tape, so let’s begin with the protagonists (the real ones), who suffered thanks to this woman who until now remains Fugitive from justice.

Klara Mauerova was one of the victims 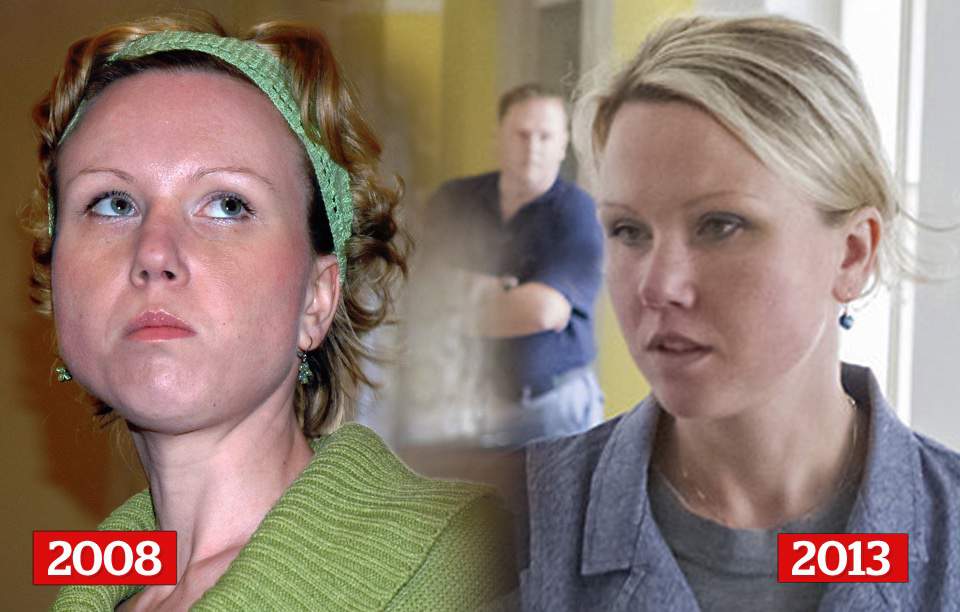 Klara Mauerova was born in Czechoslovakia in 1975. Since she was young she showed signs of schizophrenia, and said that she had visions like the one Joan of Arc gave her, giving her a divine task.

Ondrej and Yakub were Klara’s children 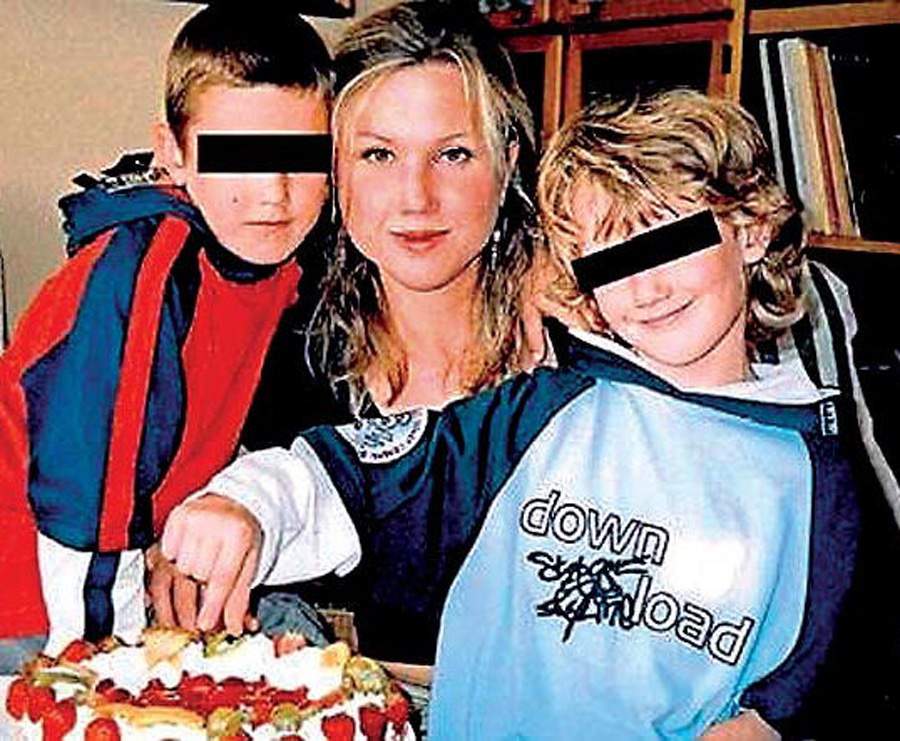 Ondrej and Yakub were Klara’s little kids, she was really young when she had them and the father of the boys left her after a few years later and from them the woman developed a difficult and aggressive character, leaving the little ones in a dangerous situation.

Before meeting Barbora, Klara was an excellent mom 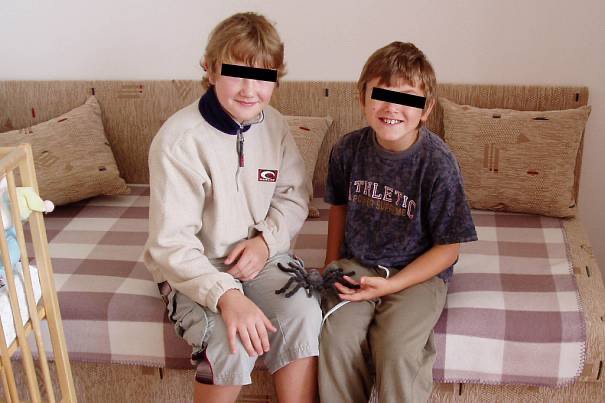 Klara was an excellent mother; However, after the separation of her partner, she became really depressed because of it, so she asked her little sister to move in with her and take care of the boys together.

ALSO READ  Radhe Shyam Review Should You Watch This Movie 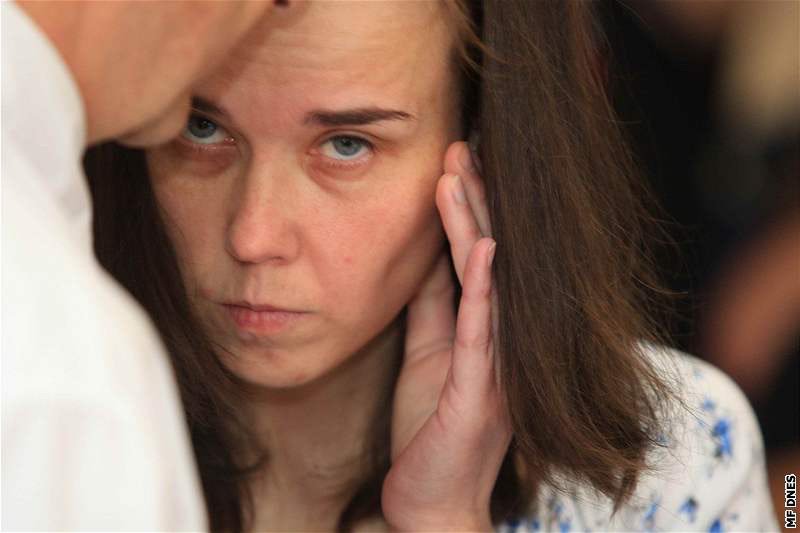 Katerina Mauerova, Klara’s younger sister also had some signs of mental illness, but doctors said it was due to the long time spent with her sister. They talked daily about the things they would do when the time came.

Barbora went to live with the sisters 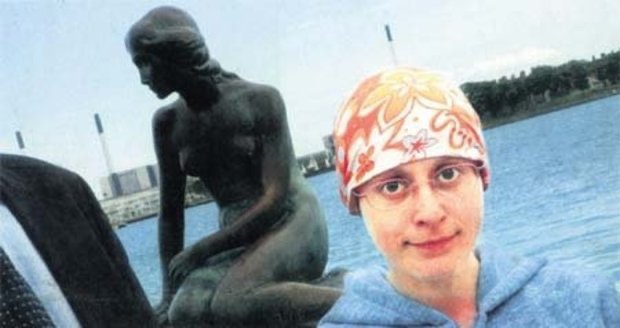 The sisters met Barbora Skrlová at the university, a 33-year-old woman who looked 13 girl because of a difficult disease called hypopituitarism. This woman was really skilled manipulating, and that’s what she did with the two sisters, they became really good friends because of her tragic childhood stories, she made the sisters take her to live with the.

What happened to Barbora in the past? 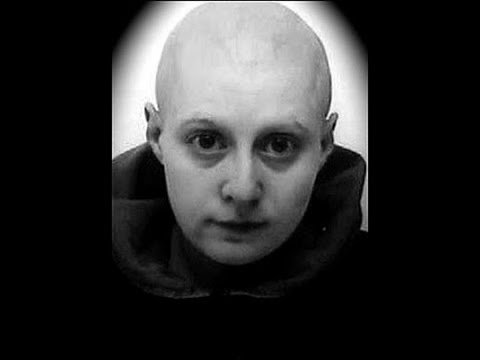 Years before meeting Klara and Katerina, this woman had been hospitalized for several years in a psychiatric center because she had made herself known as an orphaned child to a family that wanted to adopt her, but they realized about it and sent her to an asylum.

The sisters loved Barbora, but the children didn’t

Without knowing this, the sisters accepted the woman in their home, but this one faced strange episodes in which she behaved like a girl and then going back to the mature woman, which she really was.

Klara, Katerina and Barbora locked in the children as punishment 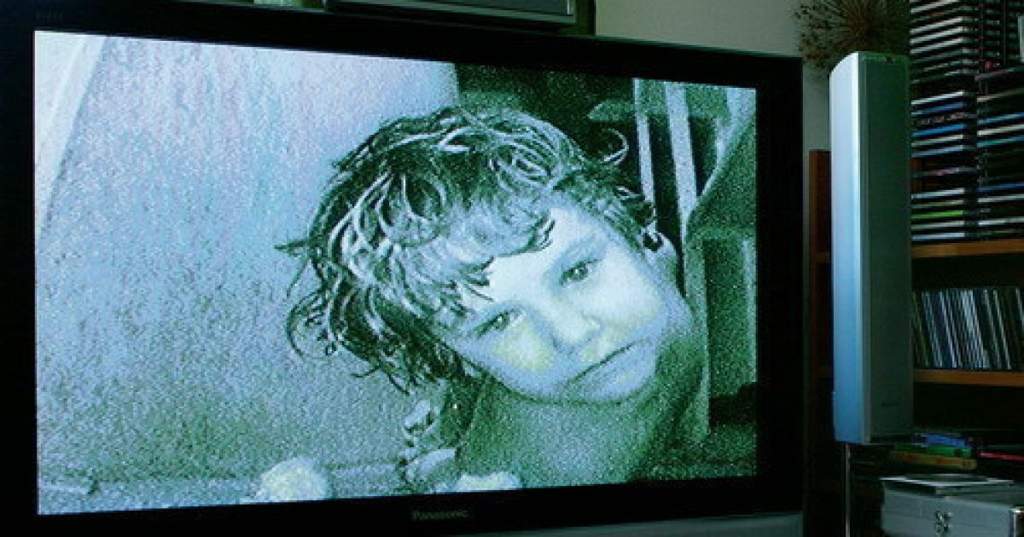 Klara, tired of the supposed misbehavior of her children, was convinced by Barbora, to give them a severe punishment so that they could learned to not disobey them by torturing them.

They locked the boys in a cage for months 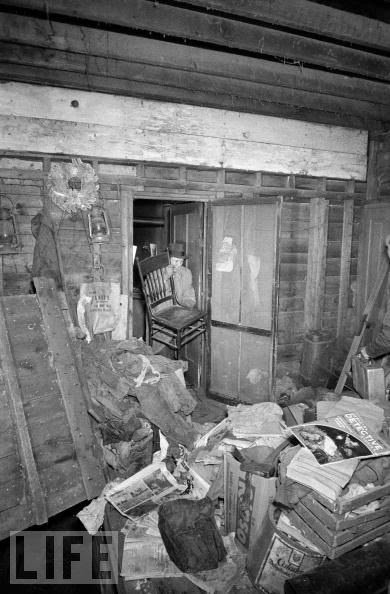 The sisters and the 33-year-old woman built an iron cage in the basement and put the little nude boys with no food for several months.

Barbora created a hell at home 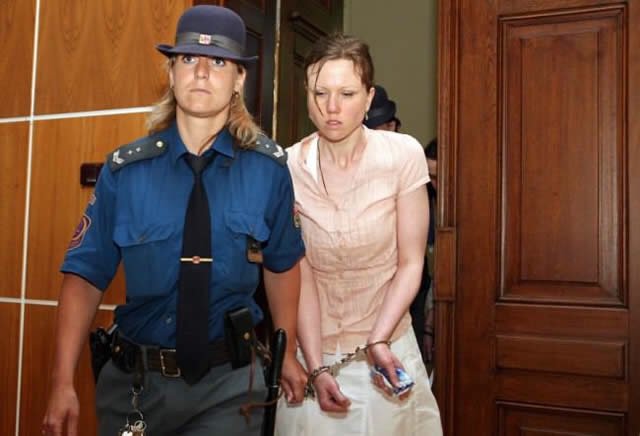 The boys were beaten, malnourished and tortured, and Barbora enjoyed watching this, it was a real hell but luckily was discovered by a neighbor who helped the little kids.

ALSO READ  The Top 10 Christmas Movies To Watch This, And Every, Holiday Season 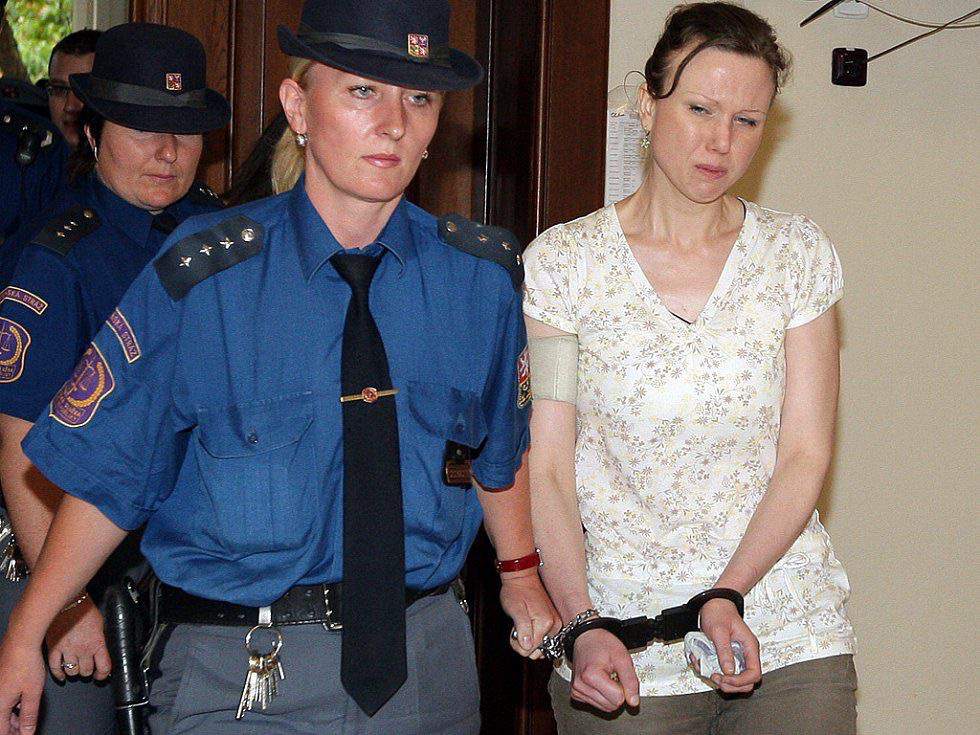 Barbora wanted to fatten them just as Hansel and Gretel and wanted to commit cannibal acts while filming with a camera that was intercepted by the neighbors saving the boys.

When police arrived Barbora pretended to be a little girl 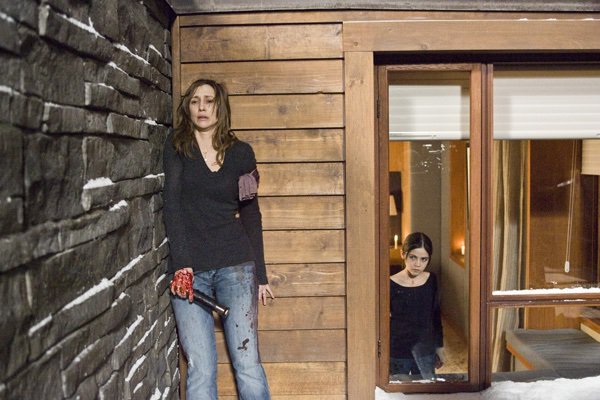 When the police arrived the women refused to let them in, but when they went down to the basement they found one of the worst scenes they had ever seen, the two children where in the cage and in front of it was an “innocent” little girl crying.

The crazy woman claimed to be named Anika 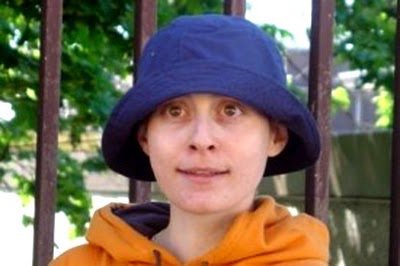 The little girl asked for help to the authorities and said that her name was Anika and that she was adopted by the savage women who enjoyed abusing their children. The little girl was sent to a children’s home in which she disappeared that same night.

Barbora disappeared without leaving a clue until one day … 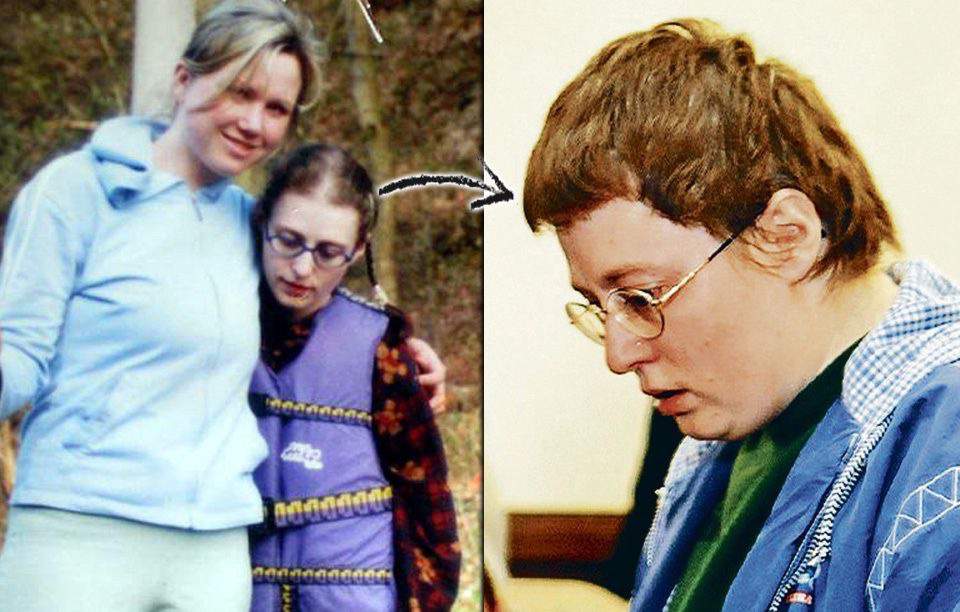 For many years the women defended Barbora by asserting that her real name was Anika, and that they had adopted her; However, months later at prison they accpeted and blamed the woman.

He lived with a family as a boy named Adam, a genius child 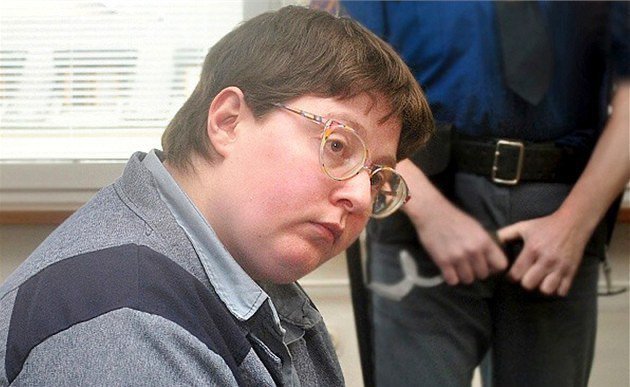 In 2009 Barbora was found in a house of a couple who adopted her, but this time her named was Adam and was a genius child . The family never suspected this, but they confessed that he suffered from severe attacks of depression and anxiety.

The whereabouts of Barbora are currently unknown 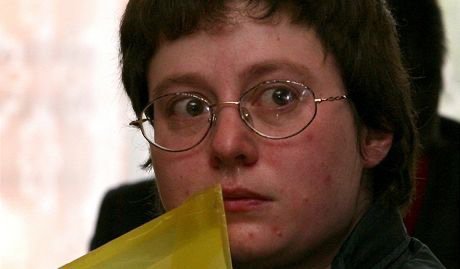 After finding her in the house of this couple, the woman was captured and was given a sentence of 12 years, However, she was released in 2012 and no one knows their whereabouts. 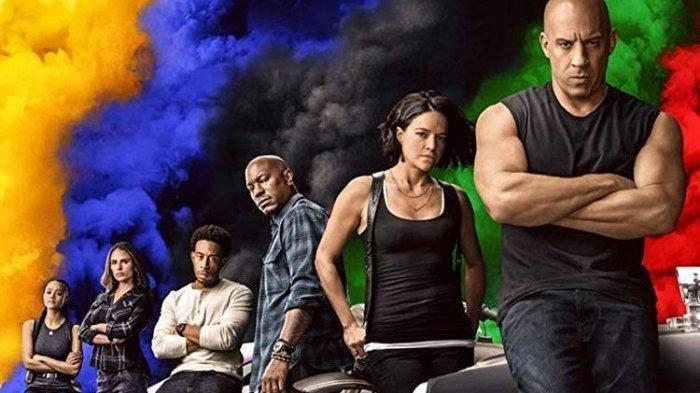 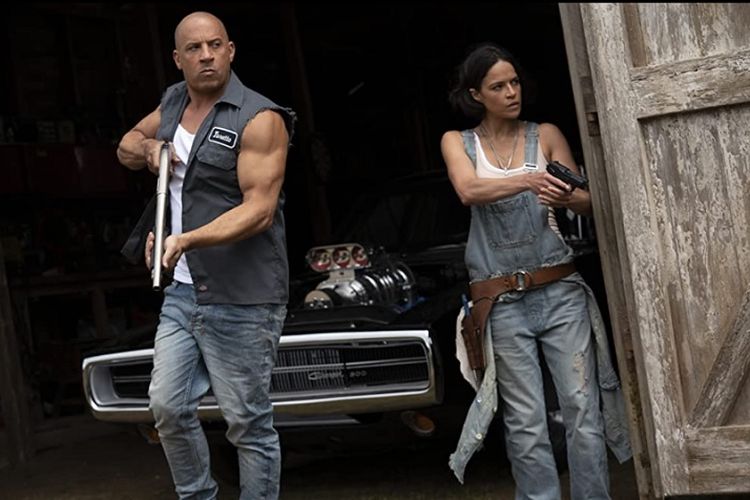 ALSO READ  Radhe Shyam Review Should You Watch This Movie