Everything You Need to Know about Trappist Beer

Trappist monks make Trappist beer. As members of the International Trappist Association, fourteen monasteries, out of which six are in Belgium, two in the Netherlands, and one each in Austria, Italy, England, France, Spain, and the USA, now manufacture Trappist beer (ITA).  However, the ITA has only given the Authentic Trappist Product label to beer beverages from eleven brewers that satisfy its strict standards.

Trappist beers are being made by monks for decades and are known for their limited production and high quality, yet as per The Oxford Companion to Beer, the Trappist beers have only been accessible to the wider public for roughly the last 8 decades.  In the early 1930s, Orval and Westmalle began commercially producing and selling beer, resulting in a rise in Trappist beer enthusiasts all over the world.

An authentic Trappist beer must be produced within the confines of a Trappist monastery under the guidance of monks to be formally recognized by the International Trappist Association. Furthermore, the beer cannot be made for profit; it may only be distributed to support the requirements of the monasteries, monks, and neighboring towns or to approve charities.

When you consume a genuine Trappist beer, you’ll see a little rhombus shape on the labeling package, indicating that the beer was made by (or under the direct supervision of) monks, adheres to monastic beer-making rules, and was distributed only to benefit the monastery and local communities.

Here are a few of the authentic Trappist beers distributed around the monasteries and are considered genuine beers by the International Trappist Association.

This beer is from Stift Engelszel, and this brewery is located in Austria. Stift Engelszell is a brewery recognized by ITA since 2009 and is the smallest Trappist brand, producing only 2,000 hectoliters per year (1,680 barrels).

You can buy this beer from Holyart.com, an online store. You will find Engelszell Gregorius Trappist Beer with Seal of Authenticity in 33cl.  The shade of this beer is a deep brown color. Scents of grass and licorice dominate the smelling senses, with undertones of chestnut, cashew nuts, and honey with plum.

The initial taste has a robust malt body with notes of coffee and toasted grains. A bittersweet flavor is created on the tongue by organic honey and Alsatian yeast. Somewhat bitter chocolate tastes to accompany the pleasant aftertaste of this robust Trappist beer. A vanilla residue with notes of oregano piques one’s interest in trying to pick out every element.

Tre Fontane is the latest 11 Trappist breweries situated in Italy and has been a part of the (ITA) since 2014. The small brewery opened in 2014 and soon became recognized for the eucalyptus-scented Birra dei Monaci, light but packed beer produced from eucalyptus grown by monks in the 1870s to prevent the disease of malaria.

Holyart has handmade Tre Fontaine for people who love the taste of eucalyptus or a little bit of fruit, and you can order a 33cl bottle for yourself for a relaxing night.

Tynt Meadow beer is a rich, mahogany-colored beverage with a warm crimson tint and beige froth. It includes undertones of cocoa, licorice, and juicy fruit flavors in its fragrance. The beer has a substantial body that nicely balances the tastes of chocolate, pepper, and figs. It finishes warm and dry on the tongue.

This delicious beer is made with English barley and hops, as well as an English yeast strain. It ferments twice, once in the barrel and once in the bottle.

This Quadrupel is aromatic, and its flavor, accentuated by the malt, distinguishes it from other brews and makes it distinct. Its one-of-a-kindness is the product of 13 tries to create its one-of-a-kind, with an identifiable flavor.

This beer is made in Saint Joseph’s Abbey in Spencer, Massachusetts, one of the 12 breweries to hold the ‘Authentic Trappist Product’ label. 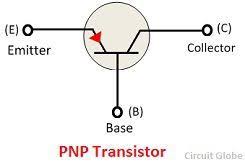