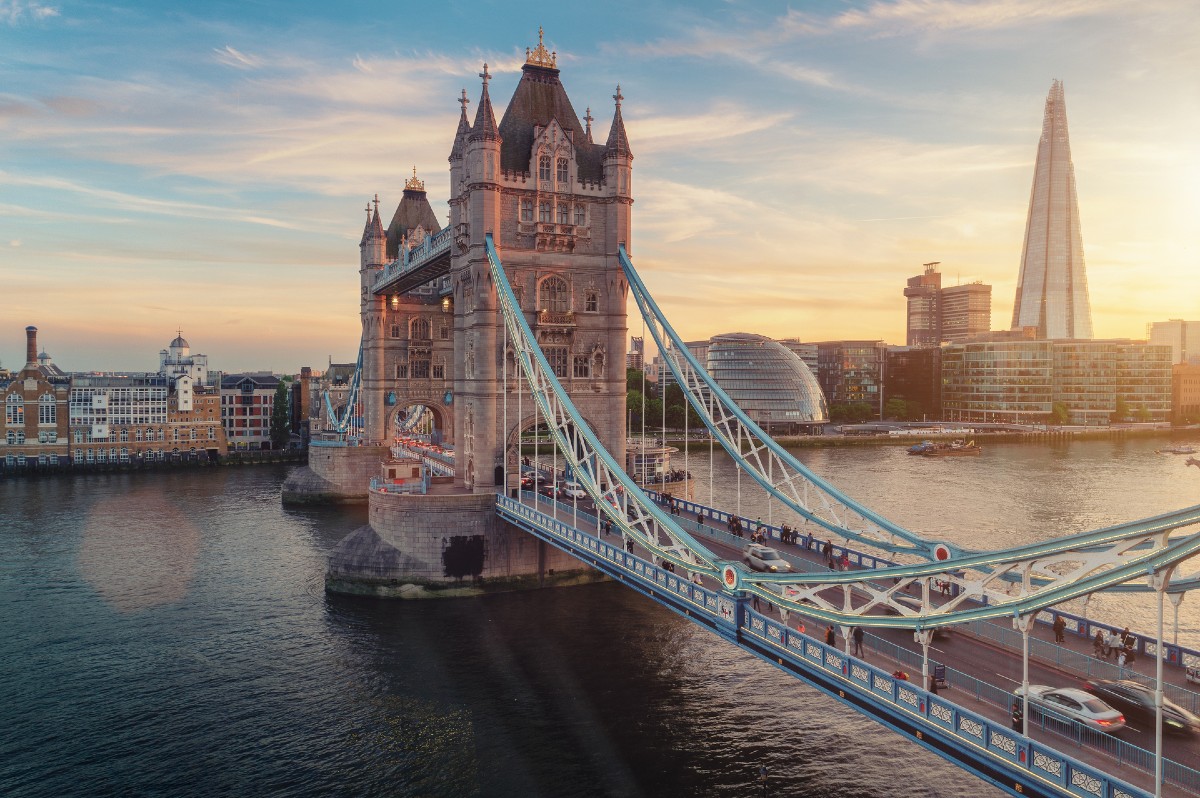 Etihad Airways will continue to operate five daily return flights between Abu Dhabi and London Heathrow for the rest of July, despite requests from Britain’s busiest airport for operators to cut capacity to ease congestion.

“We will be operating all five of our daily flights to and from London at full capacity through to the end of July and are awaiting further information on the airport’s longer-term plans for August,” Etihad said in a statement.

“Etihad is working closely with airport stakeholders at Heathrow to minimize any disruption to our operation and our guests over the summer holidays.

“Considering the situation at Heathrow, we have made some minor schedule changes to ensure the integrity of our operation and to avoid a larger disruption to our guests. Our priority over the coming months is to maintain the resilience of our operation and to protect the travel plans of our customers flying to and from Heathrow.”

On Thursday, an Etihad flight from London to Abu Dhabi set off more than three hours earlier than scheduled “to avoid peak congestion”.

Heathrow asked airlines this week to stop selling some tickets for summer flights, limiting the total number of daily passengers flying from the hub to 100,000. The airport has been marred by operational issues in recent weeks resulting in flight cancellations, lengthy check-in queues for passengers and problems with baggage handling. Heathrow and other European airports are struggling to cope with surging demand and staff shortages following huge layoffs during the pandemic.

A Heathrow representative did not directly address the Etihad announcement; instead, they repeated remarks made earlier this week about how the airport was forced to impose cuts after failing to find a solution with airlines following months of consultations.

The demands were initially rejected by major airlines including Virgin Atlantic, Emirates and British Airways, which said they would continue their services as scheduled. In a statement, Emirates accused Heathrow bosses of showing “blatant disregard for consumers” by attempting to force it to “deny seats to tens of thousands of travellers”.

It said Heathrow’s demands were “unreasonable and unacceptable” and described the airport management as “cavalier about travellers and airline customers”.

Emirates announced on Friday it will continue to fly Heathrow but has agreed not to sell additional tickets until mid-August.

In a joint statement, Emirates president Tim Clark and Heathrow chief executive John Holland-Kaye said both companies had held a “constructive meeting” on Friday in which they agreed to keep “demand and capacity in balance”.

“Emirates agreed the airline was ready and willing to work with the airport to remediate the situation over the next two weeks, to keep demand and capacity in balance and provide passengers with a smooth and reliable journey through Heathrow this summer,” the statement said.

“Emirates has capped further sales on its flights out of Heathrow until mid-August to assist Heathrow in its resource ramp-up, and is working to adjust capacity.

“In the meantime, Emirates flights from Heathrow [will] operate as scheduled and ticketed passengers may travel as booked.”

How to Become a Certified Flight Instructor 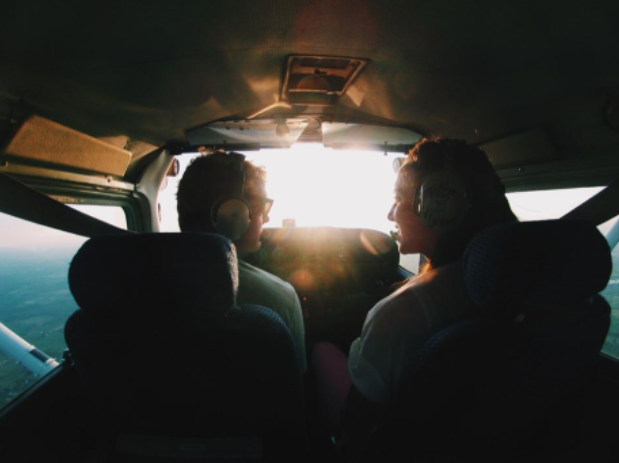 The most common reason to become a CFI is to build flight time. Since most aviation jobs require a minimum amount of flight time, most candidates choose to teach flight training to build their hours. The teaching aspect of the job allows them to build their experience steadily while reinforcing the knowledge they learned during flight training. Additionally, flight instructors become knowledgeable pilots who are endorsed by other pilots to take practical tests.

After completing the ground school, applicants will undergo a comprehensive training program, which covers ground school fundamentals and flight instructor aeronautical knowledge. During this course, candidates will spend a considerable amount of time self-studying and teaching other students. They must be capable of providing safe flight instruction to their student pilots. The CFI course is designed to make this transition as seamless as possible for all participants.

An instrument-rated flight instructor must have a flight instructor certificate and have at least 200 hours of experience teaching pilots. A flight instructor’s privileges are further restricted by the Federal Aviation Regulations. For example, flight instructors who teach in a flight school under 14 CFR parts 141 and 142 may require specialized authorization from the local controlling agency. The certification process can be arduous, but the rewards will be well worth it.

US H-1B visa, green card process to get easier, Indians to benefit 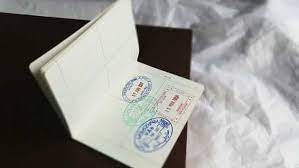 The White House is looking into a presidential commission’s recommendations to cut the processing time for Green Card applications to just six months and to clear the backlogs by April 2023 in a move that could help hundreds of thousands of immigrant families, especially those from China and India.

The President’s Advisory Commission on Asian Americans, Native Hawaiians, and Pacific Islanders released its inaugural report on Friday. The report was approved on May 12 and transmitted to the President on August 24 and the White House Domestic Policy Council is currently reviewing its recommendations before they can sent to President Joe Biden for his decision.

The report states because of COVID-19-related closures and staffing limitations as well as the continued effect of the 2017 travel bans, processing green cards up to the annual cap has been difficult.

It recommends that the Department of State’s National Visa Center (NVC) facility should hire additional officers to increase its capacity to process Green Card application interviews by 100 percent in three months from August 2022, and by increasing Green Card applications and visa interviews and adjudicate decisions by 150 percent by April 2023, and reduce the current backlog by the end of 2023.

The commission recommends to reduce the agency’s pending family-based Green Card backlog, US Citizenship and Immigration Services should review their processes, systems, and policies and establish new internal cycle time goals by streamlining processes, removing redundant steps, if any, and automating any manual approvals.

It says this should improve its internal dashboards and reporting system, and enhance policies to reduce the cycle time for processing all forms related to family-based Green Card applications

Family reunification has been delayed for years due to an increase in family-based immigration backlogs over the past three decades.

“If there is a query or more information is needed, USCIS (the United States Citizenship and Immigration Services) and the Department of State (DOS) shall continue to process the applications outside the six-month goal and adjudicate decisions in a timely fashion,”

“If an application is not completed in six months, then it will not be terminated and will continue to be processed in a timely fashion ongoing,”, the report states.

The recommendations also include adjudicating requests for temporary work programmes, such as the H-1B and H-2A visas for agricultural workers within a span of two months extending the period of work permit extension to 365 days instead of the current 180 days.

A green card is a Permanent Resident Card issued to immigrants to the US as evidence that the bearer has been granted the privilege of residing permanently while the H1B visa is a non-immigrant visa that allows US companies to hire foreign workers for specialized positions that call for theoretical or technical expertise.

If accepted and implemented the recommendations could be a big relief to immigrant families especially from India and China.

PR to transport over 20 percent of freight business after completion of ML-I; official 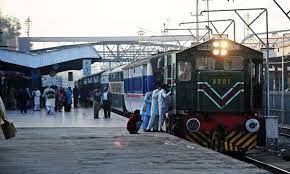 Pakistan Railways is expecting to transport over 20 percent of the country’s freight business after the completion of Main Line-I (ML-I) under China Pakistan Economic Corridor (CPEC) which would help the department to make profitable entity.

Currently, Pakistan Railways is transporting only four percent of the total freight traffic in the country which was not sufficient for the department, an official in the Ministry of Railways told APP on Wednesday. He said that the ML-I had been planned to be executed in three packages, adding, preliminary design of the project has been completed and a formal request for the loan for Package-I has been conveyed. ML-I is 1872-kilometer long track from Peshawar to Karachi and expected to create around 24,000 jobs and would jump up train speed to 160 kilometers per hour, he added. He said railway line would be upgraded from Karachi to Peshawar and Taxila to Havelian while a new track would be laid with improved sub grade for 160km per hour. Bridges would also be rehabilitated and constructed.

Moreover, he said, provision of modern signaling and telecom systems, conversion of level-crossing into underpasses or flyovers, fencing of track, establishment of dry port near Havelian and up-gradation of Walton Training Academy (Lahore) were also the components of this gigantic project. He said that completion of the project would not only create direct (20,000 local labour/technical experts and 4,000 Chinese experts) jobs but also reduce travel time between Karachi to Lahore from 18 to 10 hours. The official told that the capacity of the line would also be increased from 34 trains to 170 trains per day and speed of the freight trains would be increased at 120 km/h. After its completion, he said that the project would generate economic opportunities for daily wagers in main train stations of major cities and would also attract the foreign investment. On the other hand, Minister for Railways Khawaja Saad Rafique had also reviewed the performance of railways’ all dry ports in the country and directed to send evaluation reports of all ports to the ministry for promotion of trade and increasing revenue.