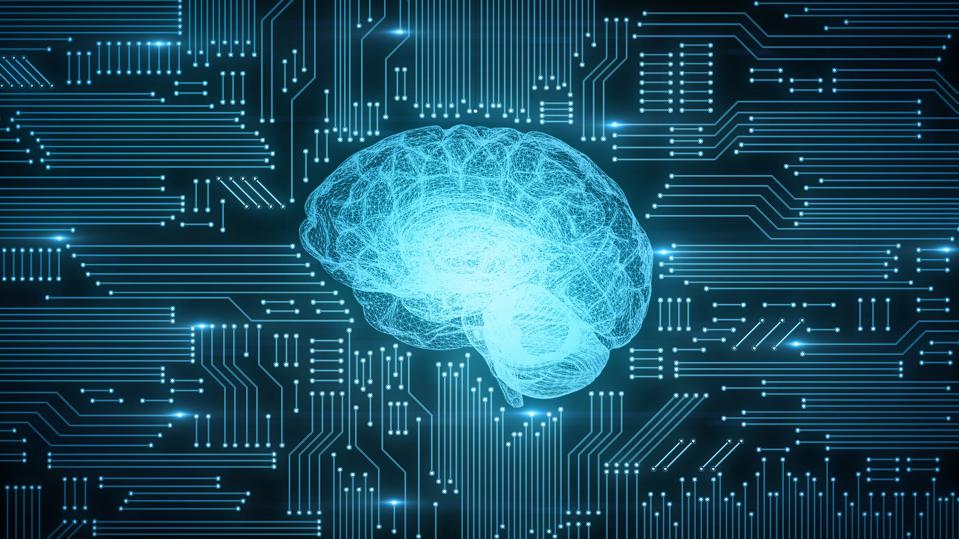 Bluecopa, an Indian startup building a finance operations automation platform for high-volume companies, has raised $2.3 million to expand its offering in the global market.

“Just to take an analogy, say Salesforce for sales, Marketo for marketing, GitHub for developers, there is a large whitespace in the finance space,” said Nilotpal Chanda, co-founder and chief business officer of Bluecopa, in an interview with TechCrunch.

Bluecopa was founded in 2021 by Chanda and his fellow entrepreneurial teammates Raghavendra Reddy and Satya Prakash Buddhavarapu. The trio previously worked together at tax management platform Optotax, which was acquired by neobanking platform Open in February last year. Tuplejump, another startup Buddhavarapu founded, was acquired by Apple in 2016.

Unlike a traditional platform that requires specific expertise to operate, Bluecopa’s offering is touted to work with no special knowledge requirements. It also claims to work with all the existing SaaS tools as well as Excel, Google Sheets and all other platforms that finance teams use.

“It’s a layer that connects to all these tools in the organization, fetches data, cleans, consolidates, normalizes and then provides all that information in a very human consumable format,” Chanda explained.

The tool offers an Excel-like interface that finance experts can easily use to understand their companies’ accounts, he said. “Fundamentally, the tools available today are not very user-friendly. It also takes a lot of time to implement them,” he said.

Anaplan and Google Ventures-backed Vareto are amongst some of the competitors of Bluecopa. However, Chanda told TechCrunch that the gestation period with his platform is much smaller as it takes just four to six weeks to get it deployed at an organization. The solution also claims to have a cost advantage over other similar platforms available in the market.

“If you look at build versus buy proportion, the TCO [total cost of ownership] is much, much lower — almost 85 to 90% cost savings,” Chanda stated.

Bluecopa is targeting its platform at high-transaction, high-volume businesses, including e-commerce companies. “We are already speaking to very large, key logos in the region,” Chanda said, adding, “we are also onboarding a lot of early adopters in the U.S. and North American markets.”

The Hyderabad-based startup refrained from revealing any of its clients.

“We are at an implementation stage,” the executive said. “It’s deployed for a smaller sub-department in a large e-commerce company. Unless and until we go live full bang, we — both parties — are not very comfortable in disclosing,” he said.

“The GTM and business model was the biggest factor,” Chowdhury said. “But the fact that someone has built a product, which was Tuplejump that Satya built, was essentially a product that could have competed with Snowflake. And the top software company in the world has seen enough value that this is the product I want to acquire… that’s a huge validation.”

Details on valuation were not announced, though Chowdhury told TechCrunch that it is “upwards of $10 million.”

“This is a hair-on-fire problem, particularly in high transaction volume industries such as e-commerce, logistics, financial services etc. Solving these aspects can increase sales by 20% and profitability by 30%,” said Buddhavarapu, in a prepared statement.

The startup has a team of 17 people. With the new investment, it is planning to hire additional talent and grow its consumer base — alongside enhancing the platform. Over the summer, I got a message through Facebook asking me to join The Odyssey Online:

If you’ve gotten a similar message or have heard about it in whispers in classes, the editor-in-chief is looking for new authors.

Amber Wibbenmeyer, editor-in-chief (EIC) of GC’s new publication, describes the Odyssey as an online social networking platform primarily used for articles but also includes poetry. Anyone’s voice can be heard. The website’s “About Us” section describes it as catering specifically to millennials.

Last May, the GC’s Odyssey community began. Wibbenmeyer was interviewed for the Odyssey on her wedding day and is now the EIC on campus. The previous editor was someone assigned in lieu of a Greenville College student. Seven writers consistently write for the community but it’s part of Wiebbenmeyer’s job as EIC to recruit new writers.

The initial community started with Facebook messages. There were a fair number of members over the summer but numbers dwindled once the school year began. Don’t worry, though, the GC Odyssey community is still going strong and looking for new writers!

When I joined at the beginning of the semester, the Odyssey consisted of an article or a listicle, which is basically a Buzzfeed article. However, a new member proposed poetry for her content. Angela Winkeler, whose poem was published in the Vista last fall, approached Wibbenmeyer with a request to write poetry. Wibbenmeyer was very excited to add poetry to the platform. As a member of the Odyssey community, I can affirm her excitement.

A goal for the Odyssey is to have regular group meetings, but currently, there is a GroupMe chat where writers can ask Wibbenmeyer and Lyman, head of the Odyssey, questions. Wibbenmeyer commented that there will never be weekly meetings because the time commitment is meant to be minimal. Once the Odyssey has a healthy community of 12 members, there will be a $20 award for the writer with the most article shares on Facebook or Twitter.

There is complete freedom for writing subjects in the Odyssey. GC writers have written about their personal experiences, opinions, open letters, and much more. This online community is a place for people who want their voices to be heard but don’t want the hassle of setting up their own personal blog.

Wibbenmeyer’s words to new writers are,

BEING IN COLLEGE IS YOUR TIME TO FIGURE OUT WHO YOU ARE AND WHAT YOU’RE GOING DO. BEING APART OF THE ODYSSEY HELPS YOU FIND YOUR VOICE BECAUSE YOU CAN WRITE ABOUT ANYTHING AND EVERYTHING.  IT GIVES YOU A SENSE OF COMMUNITY AND PURPOSE. IT’S NOT ONE OF THOSE THINGS THAT YOU CAN’T QUIT OR PEOPLE GET ANGRY WITH YOU.  IF YOU’RE INTERESTED, TRY IT OUT, AND IF IT DOESN’T WORK OUT, IT DOESN’T WORK OUT. IT GIVES YOU THE CHANCE TO SAY WHAT YOU WANT TO SAY.

Everything you need to know about crypto casinos 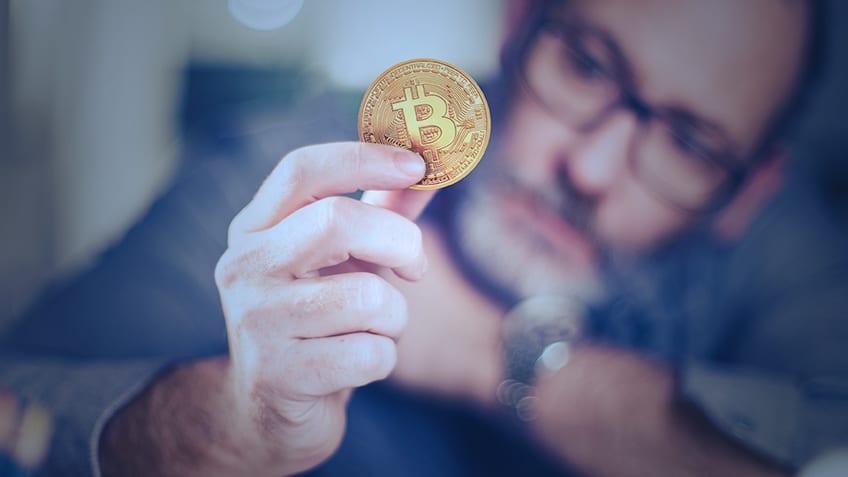 As part of their games, many online casinos now accept cryptocurrencies as a method of payment. Bitcoin has become extremely popular over the years. It is a type of digital money that is extensively used to purchase goods and services today. Additionally, cryptocurrencies include unique digital tokens, which make them very secure. These digital currencies are exchangeable for real money.

It is much easier to carry or transfer bitcoins as they are in digital form. Nearly 21 million cryptocurrencies are currently available worldwide. Crypto casino company reviews and information are available on Internet, along with bonus offers. You can research and to choose the best crypto casino for you.

Depending on the casino’s policy, different bonuses are offered to different players. It is important that you learn about the policies regarding how much you must win before you can withdraw. Make sure you thoroughly review the terms and conditions before playing.

What is a crypto casino?

Casinos using cryptocurrencies like BitCoin are known as crypto casinos. Gamers use Bitcoins to fund their games. The anonymity and control of these digital currencies is unmatched. Players must first register and provide personal information. Generally, the rules and terms are similar to those of regular online casinos, with the exception that you can also make and receive payments.

It is necessary to buy cryptos with a high market value in order to get higher rewards.

The advantages of playing online crypto-casinos are numerous.

Accessible to everyone at lower costs

Cryptocurrency can be used by anyone to play online casinos. Anyone can use them, and transactions can be carried out globally. In addition, cryptocurrency payments are free from hidden taxes and charges. An average transaction fee of 1 to 2 percent is charged directly to the crypto exchange center.

Exciting bonuses are provided to all players

Players at online crypto-casinos have access to exciting bonuses and promotions. The use of cryptocurrencies in casinos is very similar to traditional money, but before giving your money to the casino, you should check its reputation.

When it comes to casino games, gamblers are usually eager to try something new. Despite the uncertain situation of Bitcoins, they are still in high demand on the market. Crypto casinos offer excitement and bonuses for avid gamblers at the same time. If you’re one of them, you should definitely try Crypto Casino. This is a complete list of sources that I found to be helpful in researching Rashmika Mandanna Biography, Age, Husband, Height, Photos & Net Worth 2021. If there are any other sites or articles you think should make this list, please leave them as comments below so we can include them!